Our look back at the story of the 2017 Formula 1 world championship as seen through five of the season's defining moments heads to Singapore...

Okay, we know what you're going to say: no world championship is ever entirely decided by a single race. And you're right. The story of a championship twists and turns over the course of eight months and is full of triumphs, setbacks, incidents and accidents. But sometimes fortunes really can turn on a single race - or just a single moment. Or in this case, on a driver's split second decision heading into the first turn at the start of the Singapore Grand Prix.

By this point, Vettel's championship campaign was in trouble. After a high water mark at Monaco, Vettel's lead had been chipped away and now Hamilton was only three points behind after dominating at Spa and Monza. Vettel needed a solid result to steady the ship, and a brilliant pole showed that he was up for the challenge. Unfortunately a slow getaway in the race left him desperately squeezing Max Verstappen toward the pit wall. He failed to notice his own team mate Kimi Raikkonen storming up the inside, but soon found out that three into one doesn't go. It was a disaster for all concerned.

Hamilton inherited the win and went into the lead in the drivers standings. He extended the lead again in Malaysia. The pressure was on Vettel to deliver in Japan, but a faulty 52 euro spark plug wrecked his race. Hamilton won, and was victorious again in the United States.

Vettel had to win in Mexico just to keep the championship alive. But by now, a reeling Ferrari simply wasn't up to the task. A fifth and final win of the season in Brazil was nice compensation, but was too little and too late. 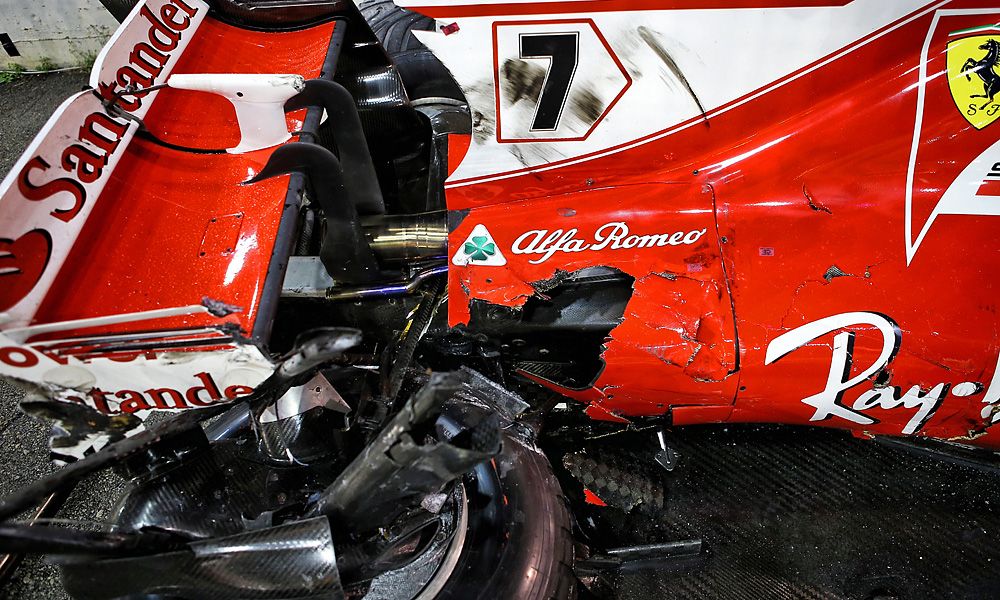 Lowe explains why Massa decided to bow out