Any hopes the Ferrari drivers had of improving on their disappointing qualifying performance were dashed as soon as the third corner on the opening lap of Sunday's Styrian Grand Prix.

A slow start for Sebastian Vettel saw the German drift into the clutches of a cluster of cars as the field barreled up into the uphill Turn 3 hairpin.

Vettel veered normally into the corner but an optimistic lunge from Charles Leclerc up the inside of his teammate ended with the Monegasque hitting and bouncing off Vettel, destroying the German driver's rear wing.

Vettel pitted only to retire while Leclerc boxed for a new front wing but was later called in by the Scuderia and ordered to park his car.

Leclerc was quick to own up to his mistake, admitting the overtaking move was too optimistic.

"I apologized, but excuses are not enough in times like this," said Leclerc.

"I'm disappointed in myself, I've done a very bad job today, I've let the team down. I can only be sorry even though it's not enough.

"It's a tough time for the team. We don't need that. I put all the efforts of the team in the bin. I'm very sorry, but it's not enough again."

Asked if the move was too optimistic, Leclerc replied: "Yes, yes it was." 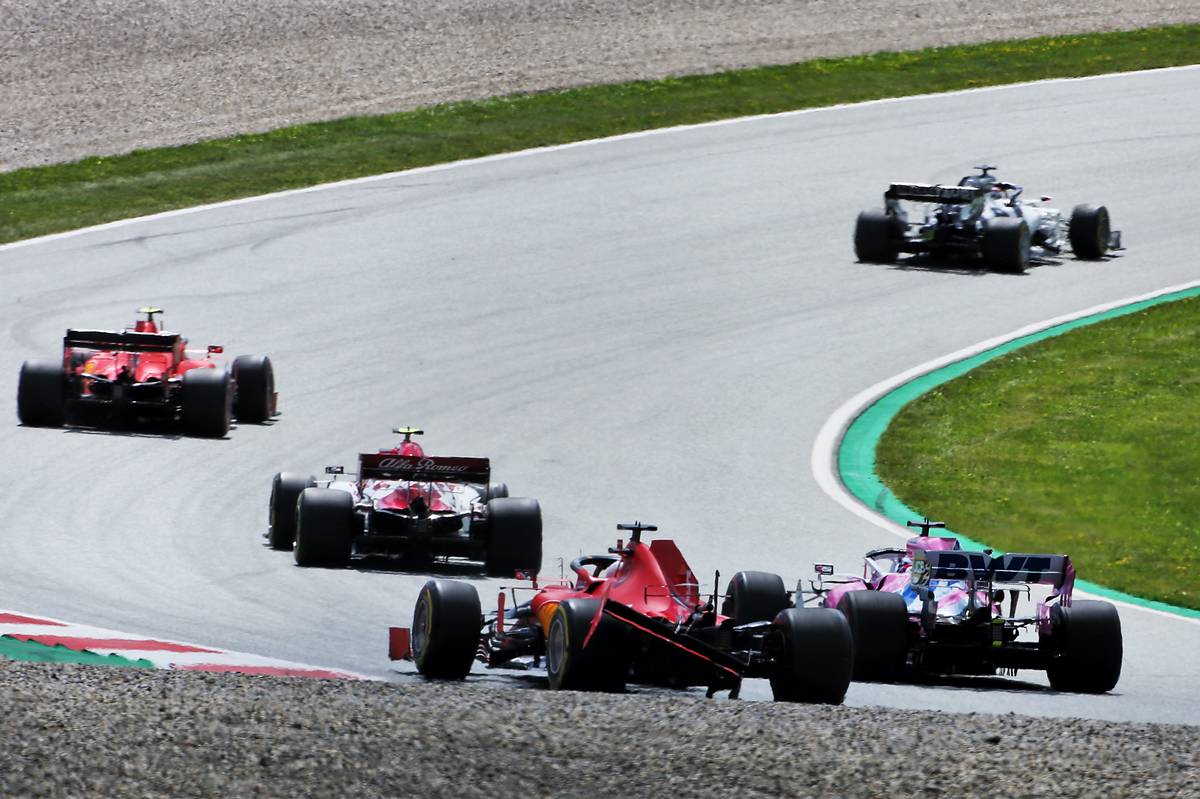 Vettel said that he was surprised to see Leclerc attempt to force the issue at such a risky spot and time.

"I was fighting two other cars, we were already three cars into Turn 3, and was very surprised because I went up the inside, and I wasn't expecting Charles to try something," Vettel said.

"I don't think there was any space. Obviously a big pity, something we should avoid, but not much that I could have done differently.

"I was just taking it easy and conservative because it's already very busy, it's a hairpin, it's very tight, and just trying to place my car for the next straight. By then I realised that I had quite some damage on the car."