The technical regulations changes seem to have shaken up the hierarchy. However, the gap with the three lead teams has widened further. In this second installment of our development series (following Andrew Green), we discuss how a mid-field team develops its race car with Toro Rosso’s Technical Director.

After just eight Grands Prix, the technical regulations changes seem to have shaken up the hierarchy established in 2014, especially at the sharp end of the order. Ferrari has closed the gap to Mercedes, while Red Bull has fallen back and is now expected to make a leap forward.

However, the gap with the three lead teams has widened further (Red Bull is 58 points ahead of Force India), while 19 points currently separate Williams, Toro Rosso, Renault and Haas. The development pace of the mid-field teams plays an important role, because the 2017 chassis’ have yet to deliver their full potential.

The F1 development framework is quite restrictive. There are regulation constraints on the amount of data that can be processed with CFD, wind-tunnel time limitations, not to mention production delays. Nevertheless, in this common framework, there are differences between the small squads and front-runners. How do you explain them?

“The longer you develop something the better it becomes. You can take a different approach when you realize it doesn’t work. Engineers typically know where they want to go, but they don’t always know how to get there. If regulations did not change for a long period of time, everyone would produce the same car. Sadly we don’t have a lot of time. A smaller team is unable to do as much work in that time span as a larger team with a bigger staff and more facilities, despite knowing exactly what it wants to do. It may have a list of a 100 things and knows if it accomplished everything it would have a very competitive car. A larger team tries to get as far down that list as possible and may get 80 of those done and be competitive.” 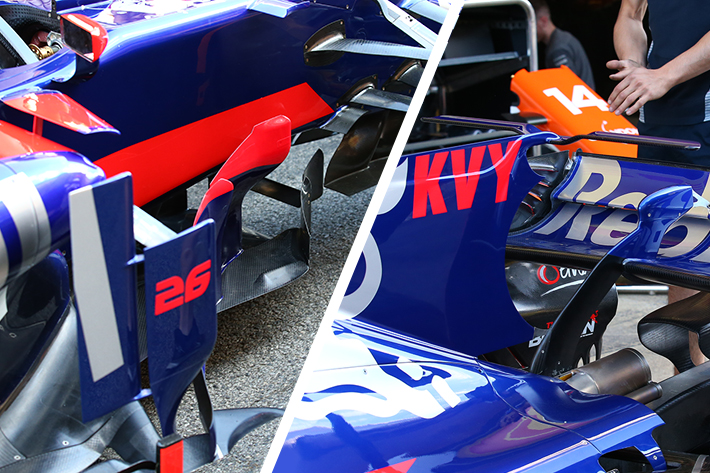 “A smaller team with the same list might only get 50 of them done. It is not as if a small team doesn’t understand the problems. It just faces them differently. It just doesn’t have enough people, budget and the facilities to do everything. Due to the short window of time, it has to do everything simultaneously which puts a lot of emphasis on the amount of resource a team has available. If it has twice as many people it can effectively get twice as many of those things ticked off the list. It is a very simplified way of putting it, but that is the main difference between large and small teams. If you have more resources to put more understanding into every step you do, which is important when restrictions are in place, then each of those restrictive steps will be larger. As a smaller team you therefore have to think differently and carefully for a strategy for development to try and compensate.”

Mercedes/Ferrari: Pouring oil on the fire