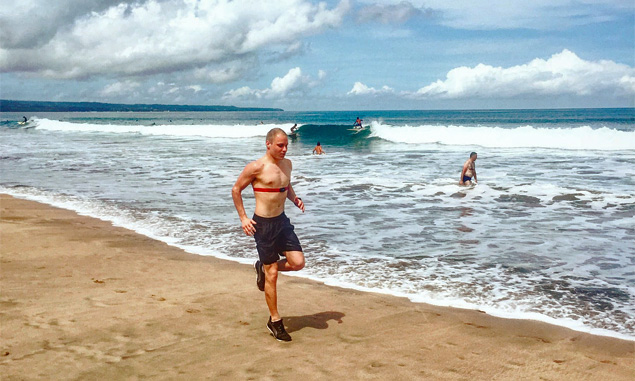 Just because the new Formula 1 season has started, it doesn't mean that the drivers can slack off when it comes to their punishing training regimens.

But there are some definite upsides to being a F1 start, and one of them is getting to choose where in the world they get to pound out the miles.

Here's Valtteri Bottas hard at work in paradise this weekend following his third-place finish on his Mercedes début in Australia. Next week he'll be in Shanghai to see if he can go one or maybe even two places better.

Lewis Hamilton and Sebastian Vettel had better watch out. We reckon that they'll also be hard at it somewhere in the world, likewise busy preparing themselves for the Chinese Grand Prix on April 9.

Seb is keeping up the momentum

Meantime, back in Monaco...