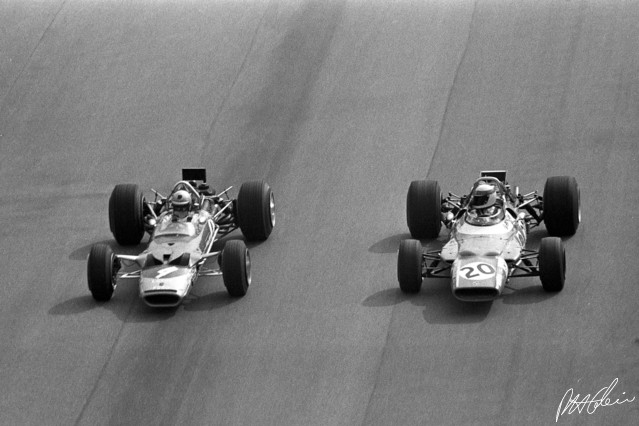 On this day in 1969, Jackie Stewart out-dragged Jochen Rindt to win the Italian Grand Prix at Monza by 8/100ths of a second after a thrilling finish.

Amidst an electric atmosphere, an exciting slipstreaming battle involving up to eight cars formed in the latter part of the race.

The lead changed no less than fourteen times in the 68-lap race as Stewart, Rindt, Hulme, Courage, Hill, McLaren, Beltoise and Siffert dared and defied each other.

The great Scot lost the lead to the Austrian's Lotus on the last lap, but regained it only to lose it again to Beltoise as the group barreled down towards the Parabolica.

The French driver's Matra drifted wide on the exit however, leaving Stewart and Rindt to race each other to the checkered flag.

George Russell is banking on the future

Hamilton puts the rubber to the road with Pirelli