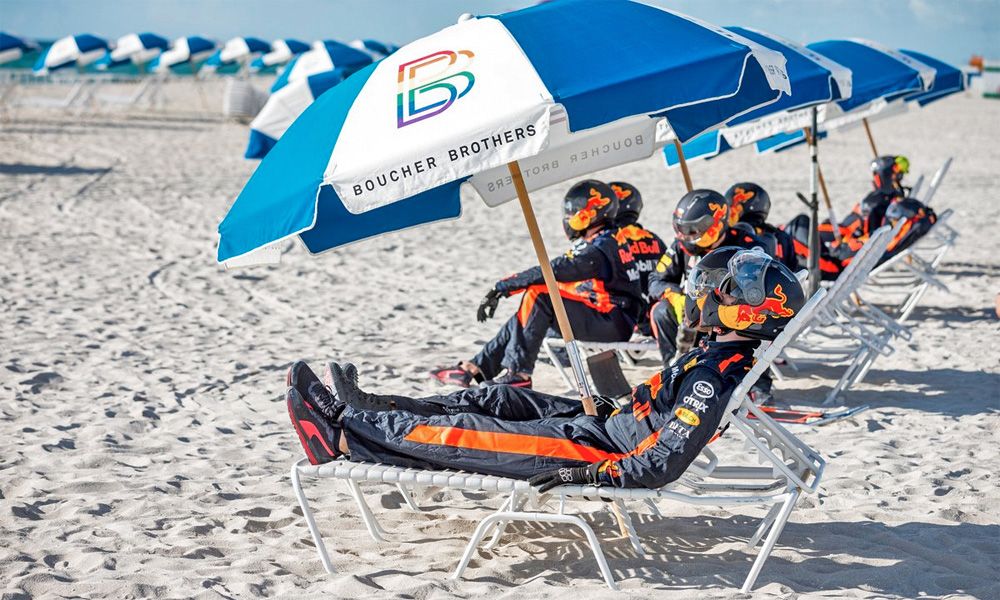 This month's schedule might not be as gruelling as the notorious triple-header earlier in the season, but it's still been a tough few weeks for everyone involved in the 2018 Formula 1 world championship.

After the demands of the searing heat and humidity of Singapore, teams and drivers then had back-to-back races in Sochi and Suzuka to contend with.

Unlike the France/Austria/Britain consecutive races in June and July - which are practically next door neighbours and easy to move from one to the other - all three are long haul flyaway races.

There's a distance of nearly 5000 miles between Sochi and Suzuka alone, with a flying time of almost ten hours. And it's a further 6700 miles around the globe to Austin, Texas - or around 13 and a half hours in the air.

It's surely no wonder if the teams feel the need for a little R&R before gearing up to next weekend's United States Grand Prix at the Circuit of the Americas.

So Red Bull has shared this delightful image of their pit crew and mechanics hard at work preparing for the race ... by taking it easy on the beach.

Hopefully their down time lasted longer than the average 2.5 seconds that they get to carry out a pit stop in an average race!

Fernando Alonso and C° to lead the way in Fuji