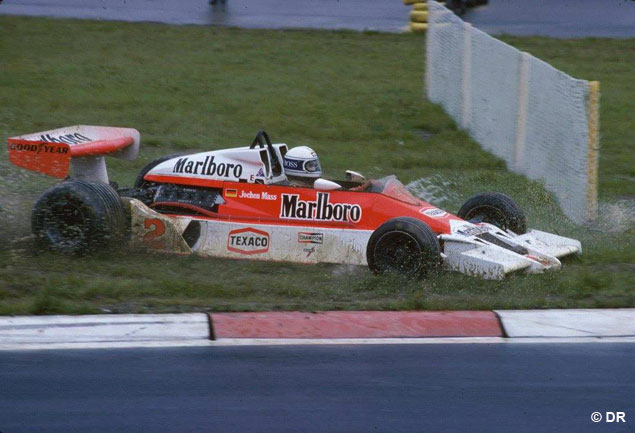 Jochen Mass loses control of his McLaren in the 1977 Austrian Grand Prix, aquaplaning off on to the waterlogged grass at Zeltweg. Mass was also losing control of his F1 career as he left McLaren at the end of the season, taking in spells at ATS, Arrows and March before a crash in the 1982 French Grand Prix caused him to move in to endurance racing.