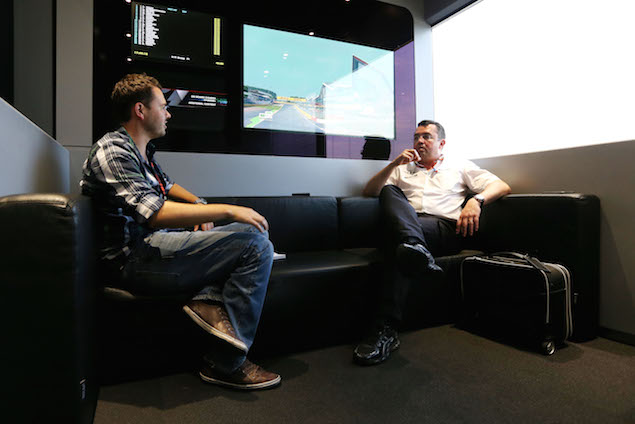 2013 was the start of a period of change for McLaren. Lewis Hamilton had left after three years alongside Jenson Button, and his timing appeared spot on as the team delivered a poor car for Button and new team-mate Sergio Perez.

McLaren went a full season without scoring a podium, but it gave itself hope for the future with the announcement it would rekindle the iconic partnership with engine supplier Honda in 2015. For the first year of the new power unit regulations McLaren remained with Mercedes, but the changes continued elsewhere with Perez dropped for Kevin Magnussen and team principal Martin Whitmarsh ousted as Ron Dennis regained influence.

As part of a restructuring, the man installed as racing director was former Lotus team principal Eric Boullier. In the middle of his second year with the team, Boullier sat down with F1i to explain just how big the challenge has been to oversee so much change in such a short space of time.

“It’s an unexpected one, obviously, having to run a very immature project,” Boullier said. “We were not expecting to be in such a tough situation. Clearly the challenge to bring together two cultures is very high, but also Honda decided to join a couple of years ago now and the challenge to bring up to speed a company - even like Honda - to the level of technology this engine is requiring is just frustrating so far.

“We are not competitive, but if you tell me tomorrow you can run your car 100% and it’s reliable, it’s not tenths, it’s going to be seconds we’re going to improve, and we know this. You could see every time we try: Canada was a disaster - four engines in a weekend - Austria was another disaster and then you get hurt by the penalties. So to keep the balance it’s like, what do we do?

“We have been having to fix some basic reliability issues first which allows us to unlock the power of the car. Once you unlock the PU potential, it’s not tenths, it’s seconds.” 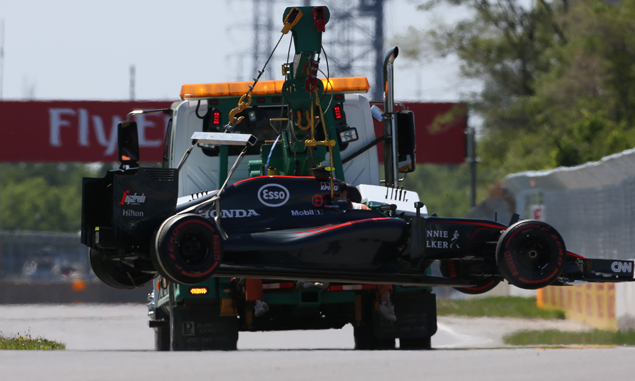 The lack of reliability Boullier highlights was most evident prior to Silverstone, but there has been an improvement in that area from Honda in the last two races. While the word “frustrating” crops up on a number of occasions during the interview, the Frenchman concedes the whole McLaren package is still far from the level he wants it.

“The partnership is working well, very good, I have to say. I think we were expecting them to be a little bit more competitive, but we are partners and we also have to make the best chassis as well on the grid.

While Boullier is honest enough to admit McLaren was not expecting Honda to be so far off the pace, he believes a number of observers have underestimated the scale of what the engine manufacturer is having to achieve just to be able to produce a Formula One power unit.

“When Mercedes decided to go to this new hybrid technology it was back in December 2010, more than three years before they hit the track first. If you go back to December 2010, HPP was already a very much organised, efficient organisation within Formula One, with Formula One skills, Formula One experience, having one of the best engines on the grid already, and then they went in to this program. 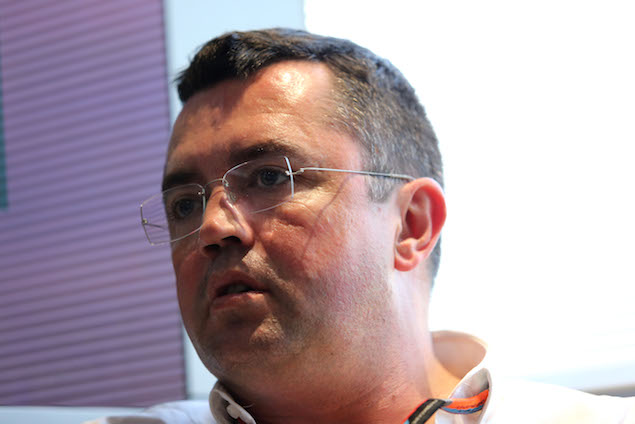 “Honda decided two years ago - not three years and two months ahead - to go for it starting from scratch. That’s a big difference. You have to build an organisation, you have to invest in facilities, and then put people in and make sure they work and understand and learn. So it’s a big challenge.”

However, in the quest for quicker progress, Boullier says buying in Formula One experience is an avenue Honda should be considering.

“Honda could have bought some experience from other engine manufacturers and maybe should actually. We would recommend it just because to make sure you go faster and you accelerate your development program because they have solutions ready to fix things, or maybe some understanding.”

And Boullier’s impatience stems from the fact that - by his own admission - McLaren cannot allow itself to remain so far off the pace for much longer. With no title sponsor since the start of the 2014 season, the team has already taken a hit commercially, which it can’t sustain for an extended period of time.

"Everybody knows the pressure. We can’t afford as McLaren to stay at the back of the grid"

“Everybody knows the pressure. We can’t afford as McLaren to stay at the back of the grid. It’s not the raison d’être of McLaren and definitely not of Honda as well. So it’s just to make sure we go through some stages and steps which can be faster. One of the problems with this technology as well, once you solve the reliability issues it’s a massive step you go ahead.

“We know the problem we have, but we maybe don’t know 100% how to solve these issues because we need some more research and development on that. We know where we are weak, but it’s not a weakness like we are lacking something, it’s a weakness we can’t use it. So it’s even worse in terms of frustration!” 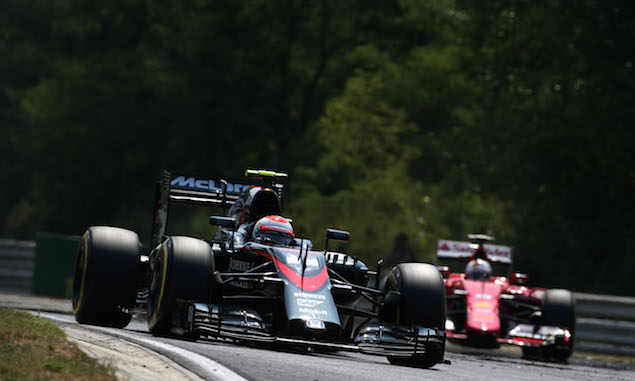 With the potential within the car and power unit package, Boullier will not allow McLaren to turn its attentions to 2016 prematurely because he is convinced the team can end this season much stronger than it started it.

Hungary displayed one of those steps forward as Fernando Alonso came home fifth and Jenson Button ninth in a chaotic race. While the result owed a lot to the difficulties of other drivers, McLaren has worked out where it would stand if it could exploit its full potential and its not a dissimilar result.

“We did the simulation, but I’m not going to give you the number because it makes me cry! We had to do that because we need to know where we are. Let’s say top six…” 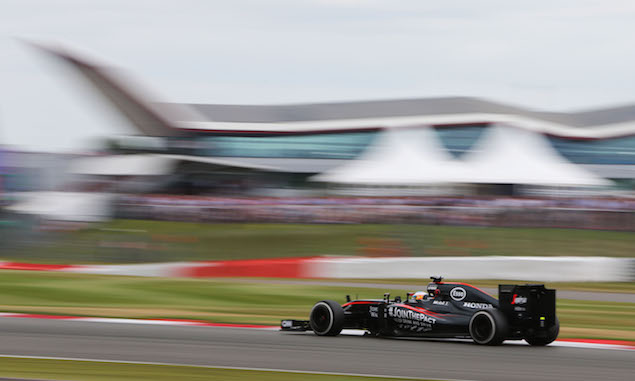 Scene at the Hungarian Grand Prix