Hollywood's relationship with Formula 1 has been a patchy one at best over the years, but is that about to change with Brad Pitt's new movie co-produced by seven-time world champion Lewis Hamilton? 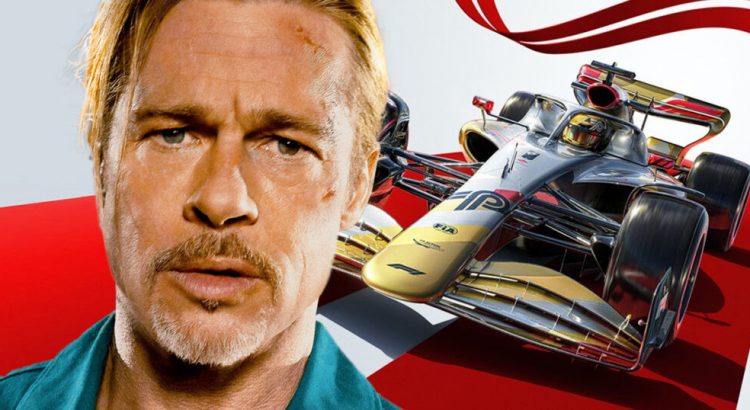 When a Hollywood A-lister like Brad Pitt heads into town to watch a Grand Prix from the pit wall, you know that Formula 1 is taking the entertainment industry and America as a whole by storm. If any further evidence were needed, then you have this weekend's glitzy, star-packed showbiz launch for the Las Vegas GP that will be on the calendar in 2023.

Much of the surge in global popularity of F1 stems from the Netflix behind-the-scenes documentary Drive to Survive, so it shouldn't be a big surprise that the big screen boys also want in on the action. The presence of Pitt and his hands-on involvement in a major forthcoming production speaks volumes about the intentions of legendary producer Jerry Bruckheimer and his team.

Pitt himself is certainly no opportunistic latecomer to the appeal of motorsport, having waved the flag to get the 24 Hours of Le Mans underway in 2016. However, it's arguably Lewis Hamilton's personal involvement in the film that helped get the ball rolling on this particular production. 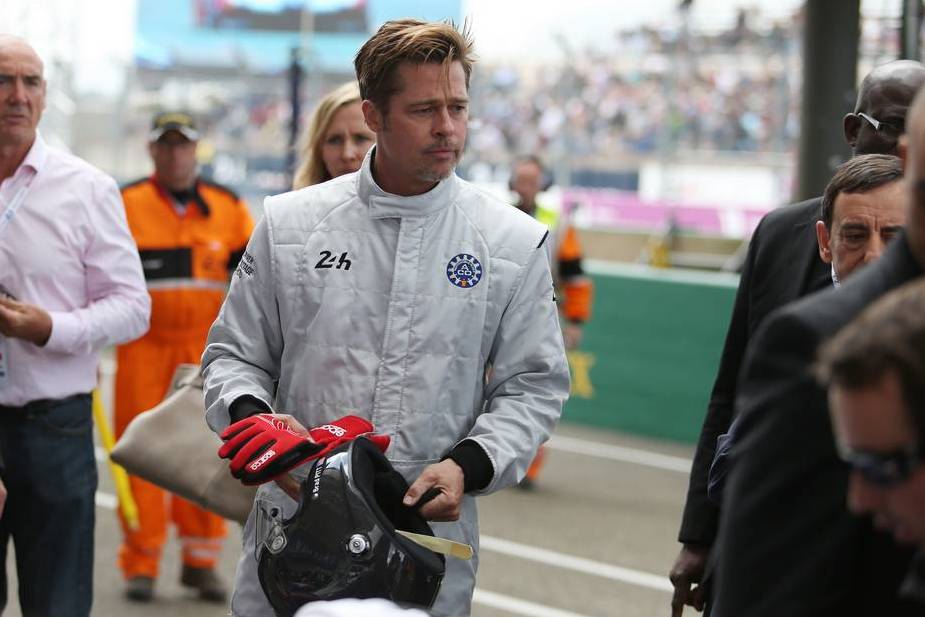 One of the 21st century's most successful drivers, Hamilton created his own production company with his business partner and manager Penni Thow called Dawn Apollo Films to facilitate development, and he will take a co-producer credit on the finished movie. The Briton's company also has in its pipeline a feature documentary that will chronicle Hamilton’s own journey, with production scheduled to start next year.

Regarding the Pitt project, the script by Top Gun: Maverick writer Ehren Kruger is still in the early stages and no title has been decided for the film, which has been acquired for distribution by Apple Screen and will be broadcast on the Apple TV+ streaming service. Apple CEO Tim Cook even joined Pitt at the Circuit of the Americas and was invited to wave the chequered flag somewhat gingerly at the end of last month's United States GP. Also present was director Joe Kosinski, who previously helmed the Top Gun sequel which displayed his mastery of interweaving spectacular special effects with genuine footage of fighter planes in action. 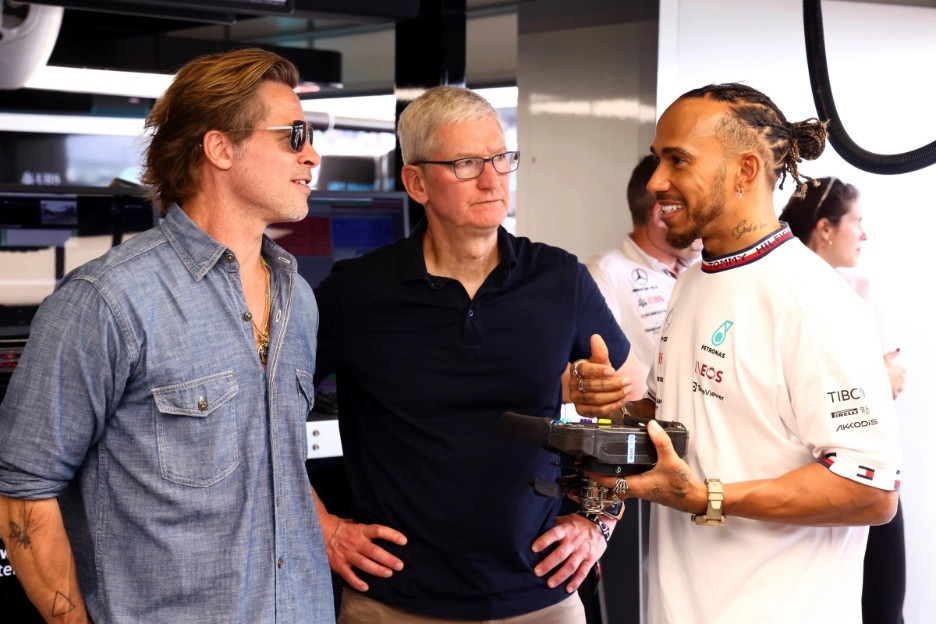 The plan is for the new movie to do the same for motorsport, and it's why the Hollywood team was in Austin to get a real feel for the visceral nature of F1 and get some idea of how to convey that on the big screen in a way never before possible. The granddaddy of F1 movies is John Frankenheimer's 1966 epic Grand Prix starring James Garner and Yves Montand, while 1976's little-remembered Bobby Deerfield starring Al Pacino was shot at the Spanish Grand Prix and heroes the Brabham team then-owned by Bernie Ecclestone.

More recently Ron Howard's 2013 film Rush written by Peter Morgan about the Niki Lauda/James Hunt battle for the 1976 world championship was well received but only did modest box office business. Good as they were in many ways, none of the films managed to truly evoke the thrills of watching live television coverage of actual races. 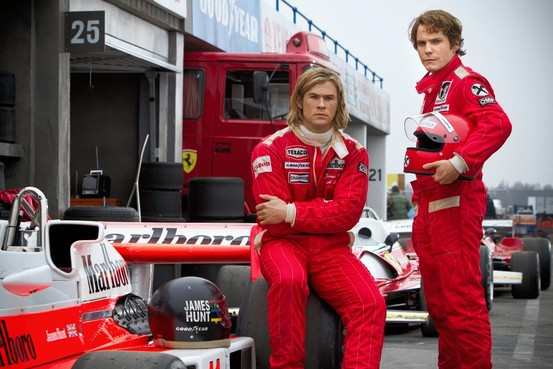 But looming over any film about motorsport is the spectre of 2001's Driven starring Sylvester Stallone and directed by Renny Harlin. It started as a film set in the world of F1, but Ecclestone got a bad feeling about the way it was going and pulled his support, forcing the film to relocate to the paddock of the US open wheel single seater CART series instead. Calling the end product a 'cartoon' would be an understatement and an insult to the noble art of animation: while we wouldn't wish to imply any cause and effect, CART itself want out of business two years after the universally derided movie premiered.

The plot of Driven featured Stallone as a veteran driver coming out of retirement to help a young new driver competing for the championship, framing a battle of the generations. Worryingly, leaks of the early draft script for this new F1 movie suggest a very similar storyline, with 58-year-old Pitt taking the role of the veteran. Despite his Peter Pan eternally youthful looks, it would surely stretch credulity to breaking point to have him in the cockpit of a car on the grid for the start of a Grand Prix. 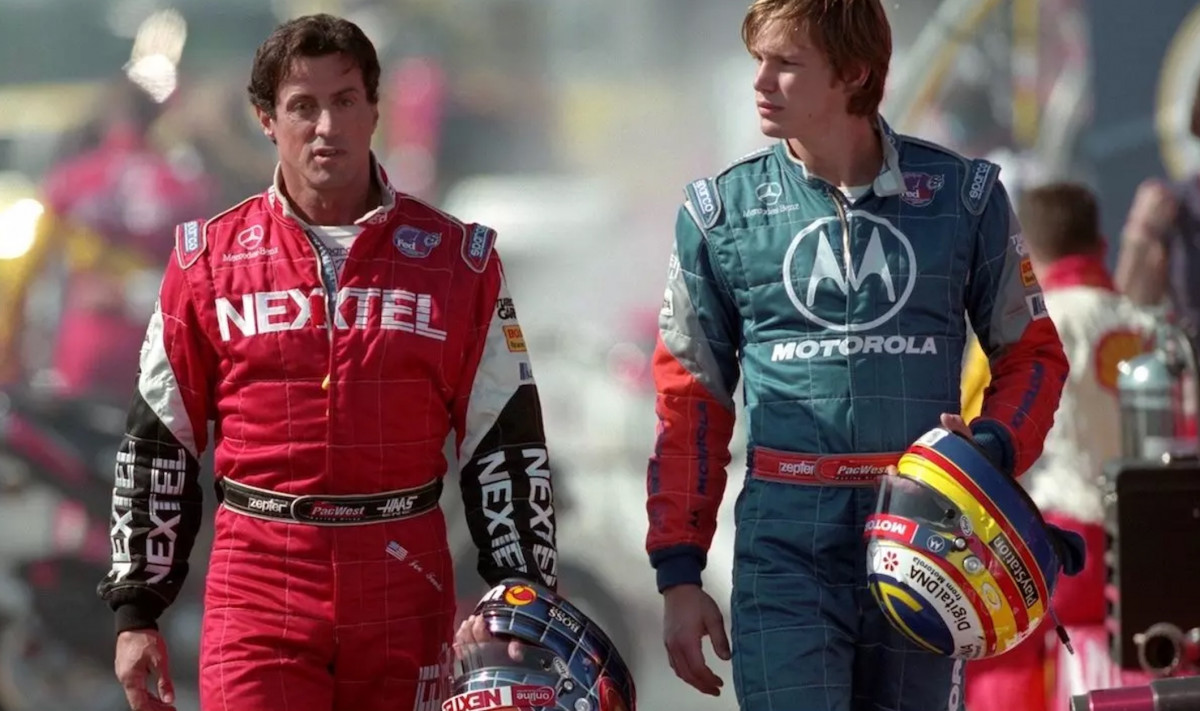 After the car crash of Driven, Ecclestone remained sceptical of entrusting F1 to filmmakers and held them at arms length. The lack of interest in F1 in the US was another factor, with Tom Cruise turning to the more popular domestic NASCAR stock car series for the setting of 1990's Days of Thunder. However Ecclestone did give unprecedented access to F1's media archives to help director Asif Kapadia make the brilliant 2010 documentary Senna, arguably one of the best films (fact or fiction) ever made about F1. It's only since Ecclestone has moved on and F1 is now owned by Liberty Media that the situation has changed and F1 is opening its doors to the filmmakers once more.

In the meantime, other areas of motor sport have been more welcoming to the cameras. The 24 Hours of Le Mans was the focus in one of the most 'pure' racing films of all time, Steve McQueen's 1971 contribution titled simply Le Mans. More recently, the race has been the backdrop for Ford vs Ferrari (retitled Le Mans 66 in Europe) starring Matt Damon and Christian Bale and directed by James Mangold. And then there's Ferrari, a new Michael Mann film already in production for release in 2023 charting the life and success of iconic motorsports pioneer Enzo Ferrari who will be played by Star Wars star Adam Driver, with Penélope Cruz as his wife Laura. 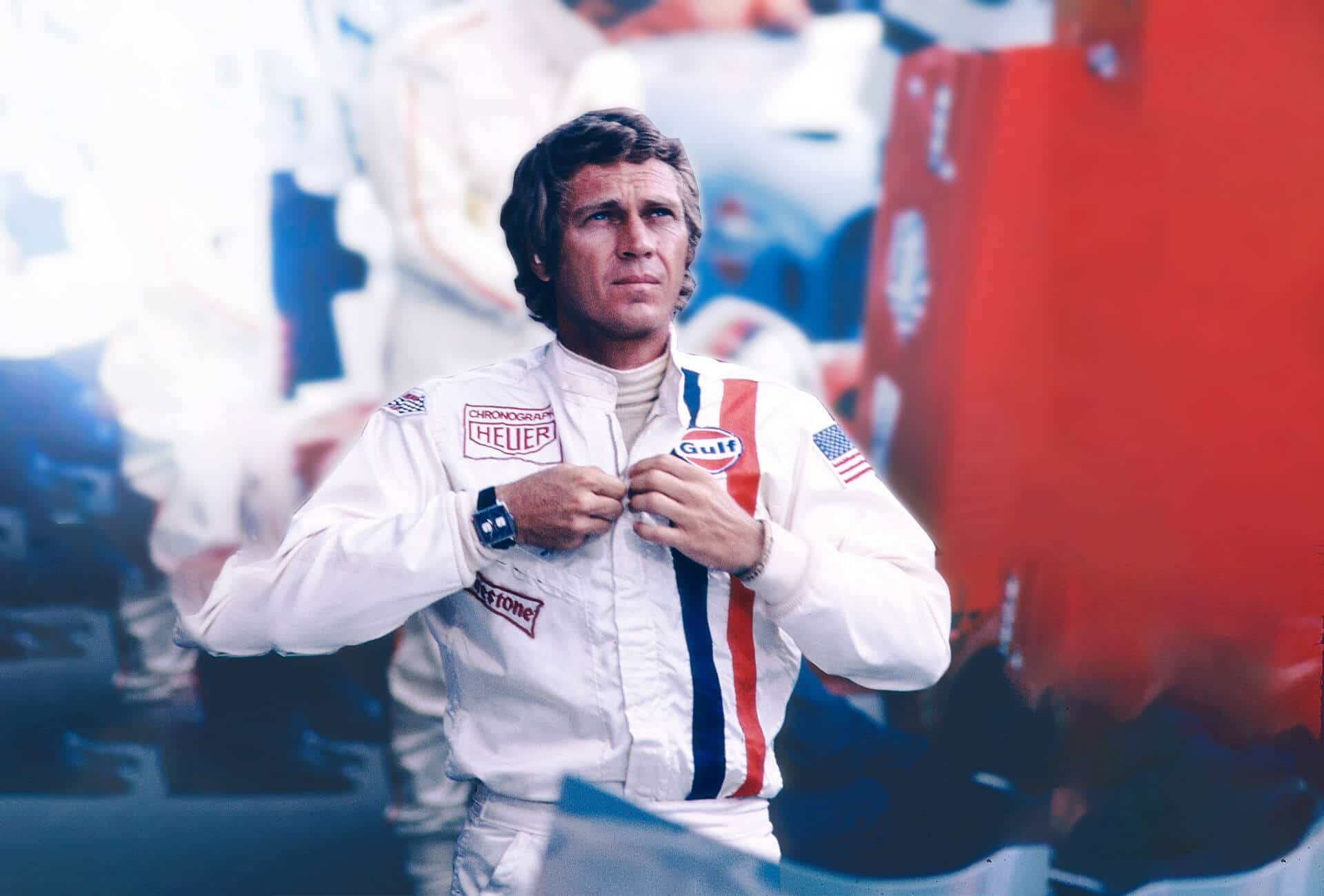 With rumours of another potential film set in Le Mans circulating ahead of the 100th anniversary of the first race there, it seems that the film business has finally got a long overdue taste for putting motor racing back on the big screen. In fact, you might even say it's getting a bit crowded out there. So what will the Pitt/Hamilton film do differently? It's biggest selling point would appear to be total authenticity and realism, putting it a world away from the lamentable Driven.

Principal photography is expected to take place in 2023, with the production being given wide-ranging access to all parts of the paddock on specific race weekends. That effectively rules out any significant acting role for Hamilton, who is focussed on extending his racing career with Mercedes meaning that he will be otherwise engaged. But just as happened in the original Grand Prix movie with contemporary stars like Graham Hill, you can expect Hamilton and many of his peers to pop up in the back of shot and maybe even speak a line or two. Place your bets on who among them will be the best actor - and who will be painfully wooden! 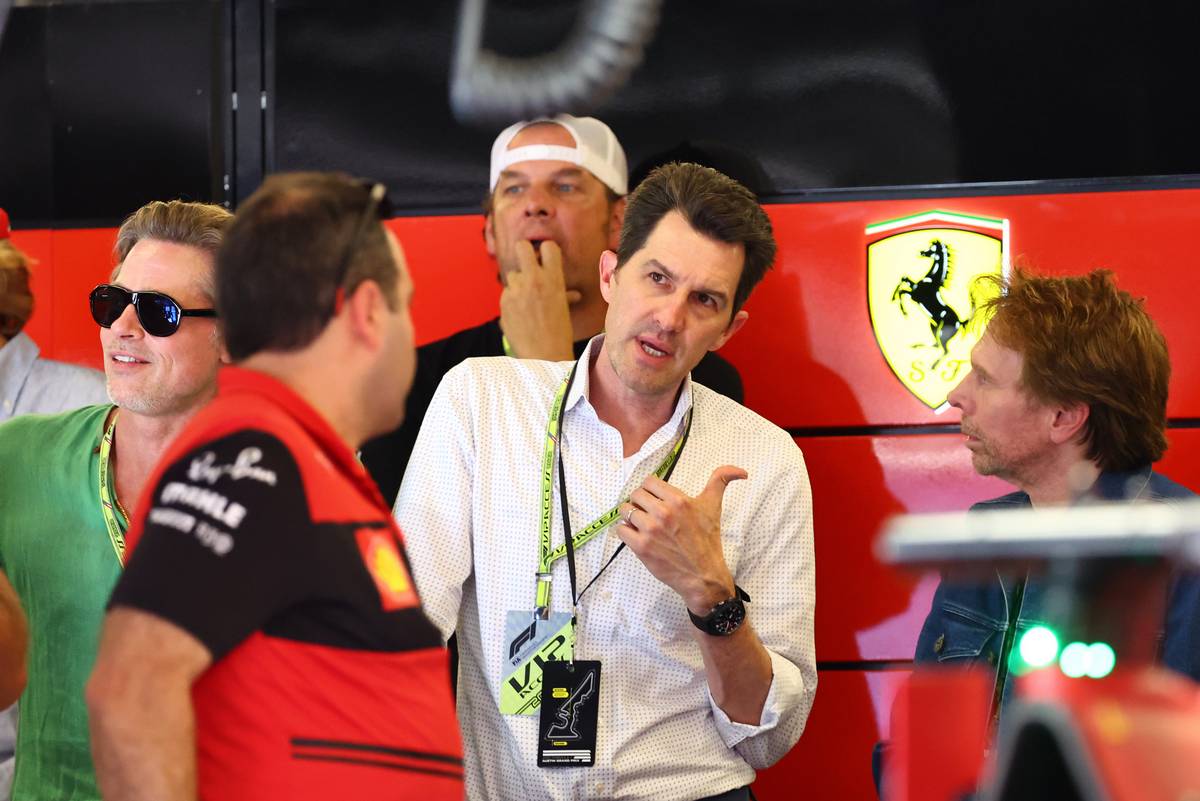 Brad Pitt with director Joseph Kosinski and producer Jerry Bruckheimer watching the action at COTA in the Ferrari pit.

After that will come an extensive post-production phase. When they visited Austin, the production team showed team principals a sample of the cutting edge technology used to such success in Top Gun: Maverick to seamlessly blend real footage with CGI. “The idea is to capture that world in the most authentic way possible," director Kosinski told The Playlist at the time. "To shoot real cars in real races and really give the audience the sensation of what it’s like to be [in] one of those cars."

The film is expected to have a scheduled release in 2024. The fact that motor racing in general - and F1 in particular - is now considered to be so “bankable” by major Hollywood studios and A-list stars says a huge amount about the robust state of health of the sport across the Atlantic and around the world. Let's just hope it manages to ride the wave and match up to the international popular and critical success of Drive to Survive, rather than following Driven by crashing into the barriers at the first corner.

Piastri had maiden outing with McLaren at Paul Ricard