Daniil Kvyat speaks exclusively to F1i about the Red Bull decision to drop him, how difficult Barcelona was and his uncertain future 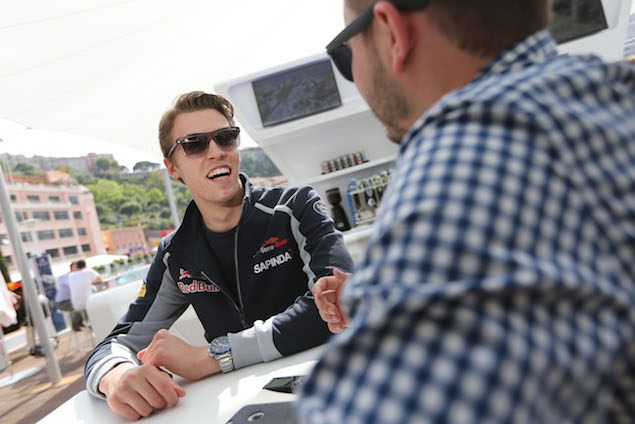 Firstly, let’s talk about your mindset, because I think you impressed a lot of people with your performance in the press conference in Barcelona. Is this an opportunity for you to show you’re mentally strong enough to deal with such a setback and bounce back?

Of course. First of all you have to see things - even if they are negative in a way - as an opportunity. I think you always have to find some positives in anything and maximise it. On one hand they took something away from me but they also gave me an opportunity because now it’s up to me to make the most out of it because it can all turn out to be a great thing. So I’m mentally in a fighting spirit as always, ready to fight as much as possible doing my job. Motivation is very high, hopefully the results on track will confirm it because in the end this is what matters. I am not planning to give up or anything, there are many races to go, any race can be a turnaround point for me and from then on it will be cool.

If you're honest, how difficult was Barcelona coming in to a new team and dealing with the whole situation?

Of course it was the first time I’ve had this kind of situation. It was a bit strange in the way that suddenly everything is flipped upside down in one week. It’s not easy to deal with first of all from technical reasons because the team becomes a completely new team, you have to deal with completely different tools, you have to learn everything suddenly in one or two days. Of course it’s not easy but in the end I always like a challenge personally, so for me in the end I saw that it’s a challenge and I want to do well with it and take any chance that is there on the table. Barcelona was OK, it was a growing up weekend, but now the next races I expect more from everything and hopefully we will be able to achieve that.

I remember interviewing you on your birthday in Russia and asking you about the radio message to Christian Horner in China about the podium. You admitted it was a bit of a message to him, did you feel that something like this was going to happen or did it come completely out of the blue?

There was something always going on. I always felt like I wouldn’t say there was 120% support if you want, which I think it should be like if you want to build a successful team. From the top guys it never felt like that so I always tried to make a step closer and of course that radio message was one of those many steps that I always tried to make. Of course I felt that something was in the air, of course I knew that maybe in the second half of the season there would be many things going on. I wasn’t ready for it to happen so early, it came as a hit. It didn’t feel nice at the time but now to be honest I’ve left it behind quite quickly. I come here now with a new old team if you want, trying to take any opportunity that is on the table. As long as you are here there will always be something on the table for you to pick up and then you have to make the best use out of it as possible, also outside the track.