A colourful charismatic German – what are the odds? Meet Christian Danner, who enlivened the F1 world from 1985 to ’87 and again in ’89. These days his expert commentary can be heard on Germany’s RTL television. 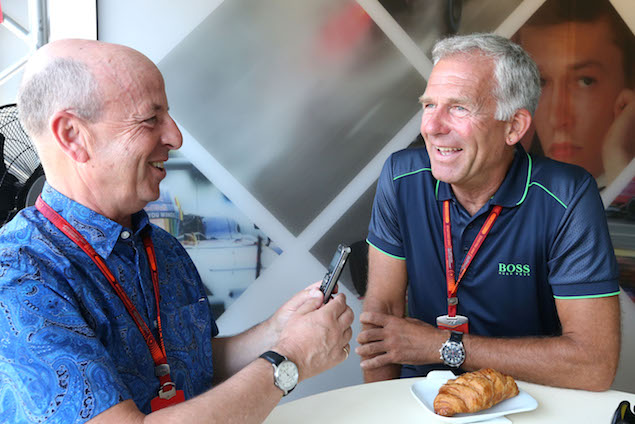 There are three strange things I know about you, you’re known as Christmas Dinner, you’re the first Formula 1 driver to wear an earring and you like horse riding.

“Christmas Dinner” is a sort of Cockney Rhyming Slang. My mechanics at Sparshott’s (Bob Sparshott ran the car with which Danner won the F3000 Championship) were very cockney so that was it, end of story. I’ve been known as that ever since and I also remember Bobby Rahal in the States loved it so much – “Christmas Dinnnnnner”, he’d drawl. As for the earring, it’s not at all uncommon in the Alpine region for men to wear earrings and if you look at some of the Sauber mechanics, they wear them. As I come from Munich it’s perfectly normal to have an earring, but I ended up with mine at the age of 15, because my girlfriend wanted a single earring and pointed out that you can only buy them in pairs so she suggested I have the other one.

Did she only have one ear?

We were only 15, it was one of those crazy things. It only turned out to be a bit of a problem when I was offered a BMW contract by Dieter Stappert in Munich, who said, “Well we want you because you’re good and so forth but the only condition is that you have to take out that earring.” I said, “No, either you want me because I’m a good driver or not.” I was definitely the first F1 driver with one and now there’s Lewis of course.

If I wanted to be cruel, I could say that looking at your earring and comparing it to Lewis,’ it sort of reflects the difference in your careers.

Absolutely, and my income! The other thing? Horse riding? Well, actually I wasn’t very fond of horses, but yet again, my girlfriend was very much in love with horses, so I eventually tried it, liked it and got interested. We were at a test in Estoril and she’d heard there were horses there, but I wanted to go to the Algarve and sit on the beach. So of course I gave in and we ended up in the heart of the Lusitano horse breeding area in Portugal and ever since then I was fascinated by them, but having split up with my wife, she’s got the horses, although I see them when I want and occasionally I still ride. 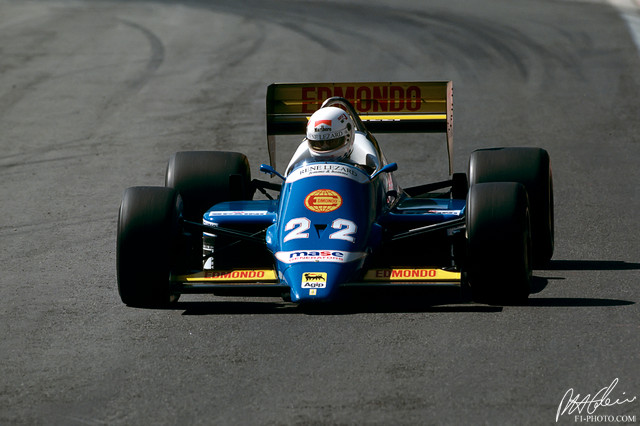 Ok, let’s get on to your career, which maybe started because your father was involved in the motor industry, is that right?

He was an engineer with Allianz Insurance and basically invented road car safety from an engineering point of view, like belts, air-bags, internal safety issues. He was a very clever man and he realised that, for an insurance company, number one, it’s a lot better not to have an accident, number two, if you have one it’s much better if the car is safe because the injuries are a lot less. The next point was that if you have an accident and the internal structure is much better than before and you’re wearing a belt, still you have to repair the car, which is an insurance cost. So whenever you have a car that is easier to repair, it should have a benefit.

And even though he worked in insurance and risk, he had no problem with you strapping yourself into a Renault 5 and going racing?

He had no problem with it because he didn’t understand it. The only condition he imposed, and it was a condicio sine qua non (bloody hell, I wasn’t expecting a Formula 1 driver to talk Latin to me!) was that I go to university. That eventually became a problem when I signed my contract with Manfred Cassani for the M1s because I had to tell my father I could no longer go to university as I was starting racing professionally. It took him about three years to talk to me after that.

"I ended up in a Formula 2 car very clearly not knowing what I was doing."

You didn’t start in karts did you?

No, I took my (road) driving license first at the age of 18 and after that I did my first race.

And that was in Renault 5s? And how soon did you end up in single-seaters?

I drove Renaults in ’78 and ’79 and in 1980, I did my first Formula 2 race with a Ralt, Manfred Casani’s car and in 1981 I was a member of the BMW works team. Up to that point, my only single-seater experience had been one practice at the Nordschleife (the old Nurburgring) - it was a bit of a hard start!