Before serving as Toro Rosso’s technical director, James Key enjoyed the same position at Sauber and Force India. All three midfield outfits have shown improved performance under his guidance so F1i caught up with the 45-year-old Brit to find out the 'key' to his success.

A quick look at grand prix racing’s recent history underlines the sport’s cyclical nature, as periods of dominance tend to end with the introduction of major regulation changes. In 2005, the banning of in-race tyre changes led to the advent of Renault and Michelin, while the all-conquering Bridgestone-shod Scuderia Ferrari slumped after an incredible run of five consecutive championship doubles.

Similarly, Red Bull rose to prominence in the wake of 2009’s rulebook shake-up. Its reign lasted until 2014 when Mercedes supplanted it as the 1.6-litre V6 turbocharged era dawned. What about 2017 and its raft of radical bodywork and tyre changes? Will the competitive order be re-shuffled once again? At any rate, James Key, who has been Toro Rosso’s technical leader since September 2012, is excited by the prospect of making the most of the revamped rules.

“It’s always an opportunity with new regulations,” he told F1i. “There are lots of different arguments about this. My personal view is that it’s opportunity. Some people say ‘If the rules stay the same, the grid closes up’, but it doesn’t, it gets more and more expensive and more complicated.

“If you think back to 2008, we had reasonably stable regs for a long time, it was quite a big spread of performance, and it is very difficult to find new stuff. When we changed the regs in 2009, all sorts of new ideas began to appear, and that’s because it led to more innovation.

“I think new regulations, however much they are restricted, are always a great challenge. From a selfish point of view I love the challenge of a new set of regs because there are all sorts of things you can do. Granted, it is expensive, but it is no more expensive than trying to eke out the last expensive bits of performance from regulations that are stable.

“Engineers, particularly in Formula 1, but in any industry where you’re working on the cutting-edge of something, are incredibly competitive people. It’s why they do this. To be given a new challenge with lots of unknowns but knowing that you’re up against your peers in every other team to make what you can of it, is a great challenge. […] 2017 is a massive change. Honestly, from a bodywork and suspension and tyre point of view, this is the biggest one I’ve personally experienced in almost 19 years in F1.” 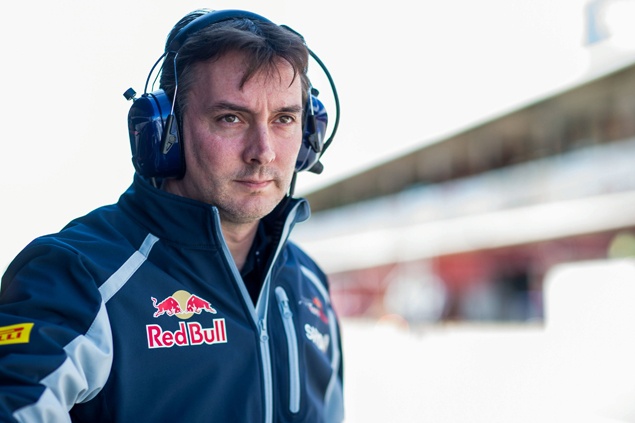 TECHNICAL DIRECTOR AT THE AGE OF 33

Key is still quite young at 45 but he already boasts a wide experience in the F1 paddock and is one of the few technical directors to have worked in the sport’s three main hubs (UK, Italy, and Switzerland). His motorsport journey began in the suburbs of London, following in the footsteps of his petrolhead father:

“I’ve liked cars since I was two years old, I think,” he continued. “My father was a car enthusiast, he used to take me to rally events when I was pretty young. I remember them fondly, I always really enjoyed them. So I think it was always part of me growing up, I was always very interested in some way in cars and in motor racing.

“At the age of 12, I remember I saw my first whole grand prix on TV and I was hooked. It took a while to get into F1 since then! [Laughs] It was pretty clear that I wanted to be involved in this amazing world because that was the time when Ayrton Senna and these guys were just emerging, so it was this golden era of Formula 1.”

It is quite funny to hear Key describe his ascent to F1 as lengthy, knowing how fast he has risen through the ranks following his 1996 graduation from the Nottingham University with a degree in mechanical engineering and a Lotus scholarship. After working as a designer on the marque’s GT programme for a couple of years, the Briton joined Jordan Grand Prix in 1998 where he initially served as data engineer, having specialised in data acquisition at the end of his studies.

In 2000, he moved to the team’s trackside operations and became Takuma Sato’s race engineer two seasons later. After a year spent working for the aero department at the factory, Key became head of vehicle dynamics.

In 2005, he was appointed technical director as the team underwent a transitional period under the Midland moniker in the wake of Russian billionaire Alex Shnaider’s takeover. At the grand old age of 33, did Key’s promotion come too early? 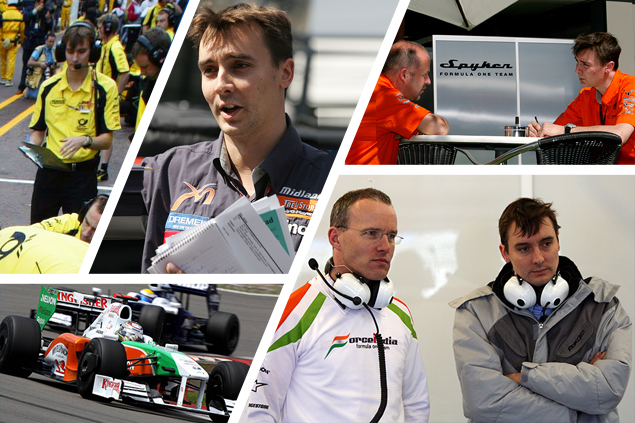