FIA race director Charlie Whiting says the Halo cockpit protection device will undergo changes in order to make the safety device more attractive when it is introduced next year.

The press was treated to a media briefing during which the FIA revealed details justifying its decision to push through the halo at last week's Strategy Group meeting.

With the device's aesthetics called into question by teams, drivers and obviously fans, Whiting insisted the final product will offer a very different profile to the current 'raw' element.

"All the Halos that we've seen bar one, as I recall anyway, have been just raw," said Whiting. "I think we should just wait and see what the teams come up with, because for sure they will all exploit the extra freedom that they have got, even if it is just for aero reasons.

"I'm sure that they will look more pleasing to the eyes. They have to use the standard Halo, that will be from a single supplier. We will allow them to use non-structural fairings around the upper part, which can be no more than 20mm from the main structure.

"The main reason for doing it in the first place was to give them the scope to overcome any aero changes they've got – for example airbox, and things like that. They wanted to be able to redirect the flow."

Whiting has no doubts that F1 fans will ultimately become indifferent to the controversial halo.

"I think you'll find that teams haven't explored the full range of possibility to make them look a little more pleasing to the eye," said Whiting.

"At the moment we've only seen bare designs. Even when Williams ran with a white one, the same colour as the car, it looked a lot better, I think you'll agree.

"I personally think fans will get used to it. I know there's a little bit of pushback at the moment. I think they will come up with some pretty different designs, so I don't think it will be quite as bad as you think."

Drivers overwhelmingly vent their frustrations on the Halo 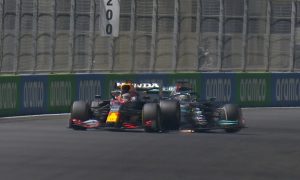 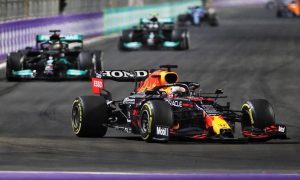