Fernando Alonso will have a reflective summer break as he ponders his future in F1 and whether to leave or stay with McLaren next year.

While the Woking-based outfit's performance has undoubtedly improved thanks to Honda's progress, it may be a case of too little too soon for the Spaniard, who insists he needs a winning car for 2018.

"I’ll be thinking about my future during the break, for sure," Alonso said.

"As I’ve said before, September/October is my timeline to decide what I’ll do next year. I want to win, I think I’m at the top of my game now.

"So let’s hope everything goes well and we’ll find the best solution for everybody."

McLaren COO Jonathan Neale says the team "will do everything" to keep Alonso at McLaren but the manager also admits that the two-time world champion may have other options.

"I know we'll do everything we can to keep him in this team but I recognise he will have choices - nothing is a given," Neale told Motorsport.com.

"I think he's a great guy, he's one of the best drivers I have ever worked with and I'd love to have him for longer."

Neale also said that McLaren had a big decision of its own to make in the near-term regarding its partnership with Honda.

An improved relationship coupled with very limited options on the power unit front point to an extension of the McLaren-Honda collaboration, but Neale insists the jury is still out. 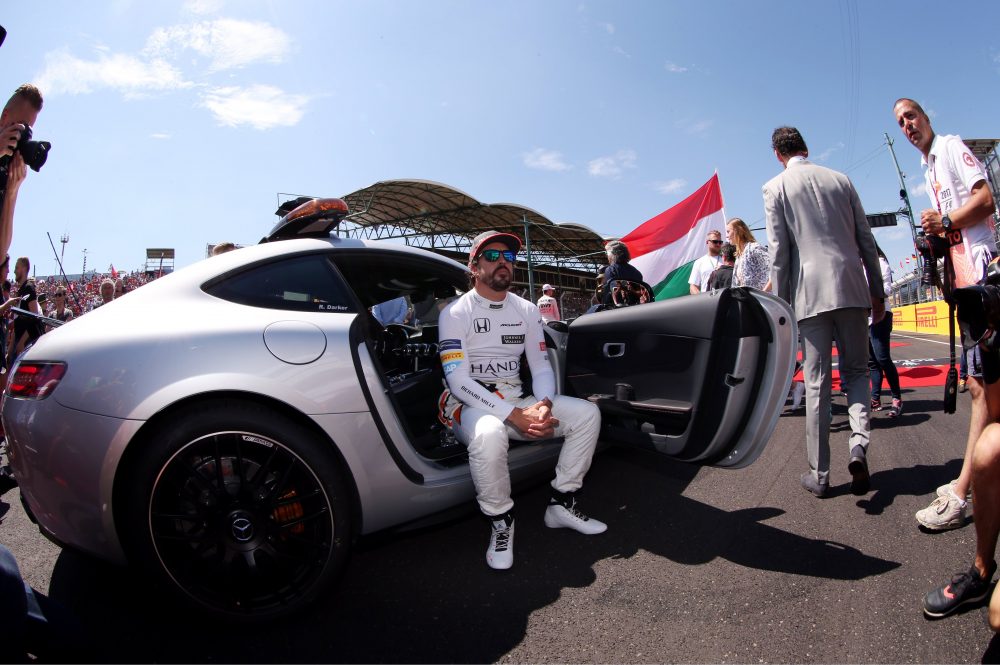 "A lot has happened over the last 12 months," said Neale.

"We're ready to take that next step for McLaren. Our thoughts are starting to turn to next year's car and what that is going to look like.

"Of course the engine stuff is in that mix. We need to land all of that in and before the September timescale so our drivers know who we are going to be and what their plans are going to be.