Representatives from leading F1 teams appeared to have been caught on the hop by proposals published on Thursday for changes to Formula 1 tyre regulations.

A ban on tyre blankets, the introduction of 18-inch rims, and narrower front tyres are among a number of changes to tyres revealed in a tender document drawn up by the FIA for manufacturers bidding to supply F1 from 2020 until 2023.

"I wasn’t aware of that, that’s new," Renault's chief technical officer Bob Bell responded when asked about the latest proposals at the Friday press conference in Hockenheim. However he sounded broadly positive about what he'd heard.

"If those specifications for the tyre allow us to get around some of the limitations that we face in operating the tyres at the minute, pressures, cambers, all those things, and make that task less onerous on the teams and produce more consistent performance throughout the life of the tyres, then I think that’s all to the good."

Bell said that he didn't believe that the banning of blankets to keep tyres up to temperature before the start of a race would be too problematic.

"I’m sure that a set of tyre requirements from the supplier can be agreed upon that will deliver tyres that will be capable of being operated safely, without blankets," he said.

"Plenty of other racing series do it so I don’t see any reason why we can’t in Formula 1," he continued. "I’m sure that is possible to do.

"But it takes time to be sure what those requirements should be and to give the tyre manufacturer, whoever it is, time to develop the tyres. That’s not the work of five minutes."

"It’ll be interesting to see how it plays out," he said. "There are a lot of issues that will need to be solved and going forward, especially alluded to a few of them with the changes to the rim diameter, the way we operate the tyres, how we operate them without blankets.

"There’s just so much to talk about and agree on that’s it difficult to say, right here and now, what we’re going to do because we need to start the discussions."

"We weren’t aware of [the tender] either," conceded Williams chief technical officer Paddy Lowe. "I know the idea of 18-inch wheels has been debated many, many times over the last ten or more years.

"I quite like the spectacle of a grid with all the equipment, including tyre blankets," he revealed. "I think that’s part of the impression that Formula 1 gives of being a very technical sport, the pinnacle of motor racing. I would miss it from that point of view.

"But on the other hand, if you’re reflecting on what Bob says, if it drives us towards tyres that have a much wider window to operate in, that could be a good thing. 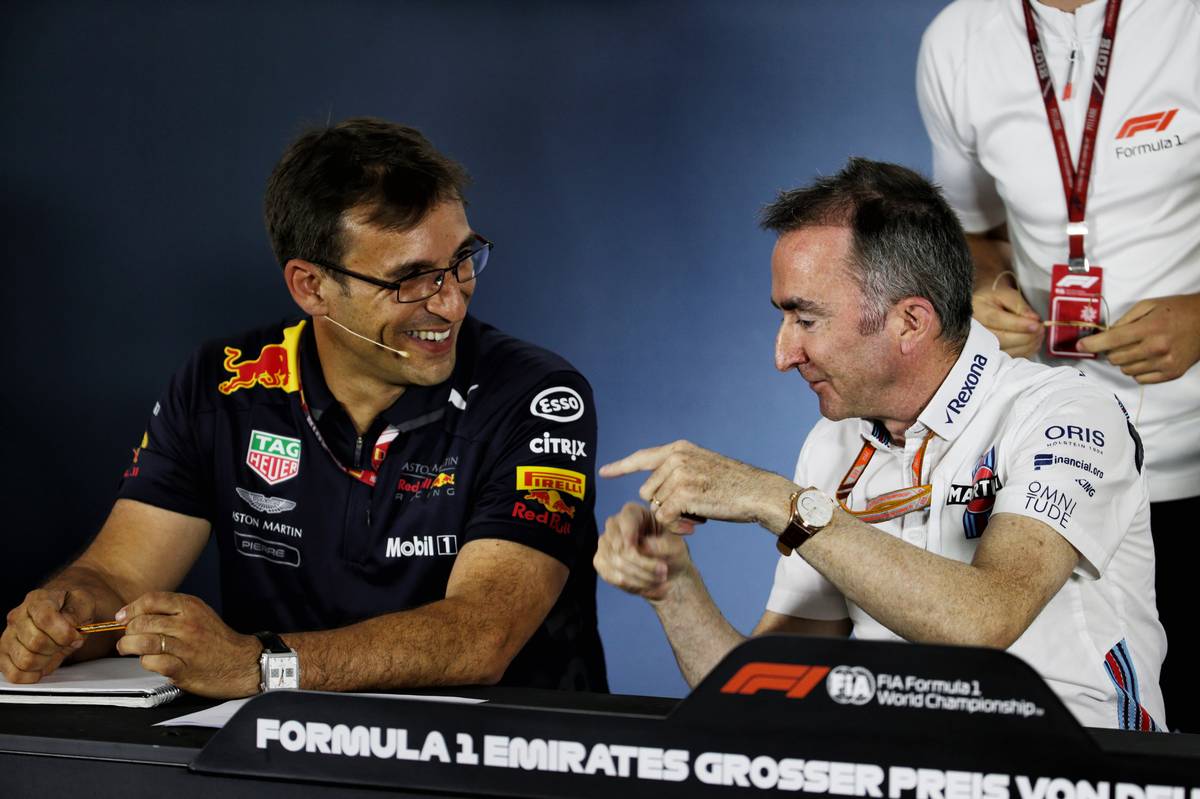 "I know at the same time they are talking about moving qualifying perhaps to formats where there are less laps, more criticality around doing single laps," he mused.

"If that’s around tyres that aren’t prepared with blankets that would drive us towards tyres with a wider window which I think would be a good thing for the sport."

"I think, on the technical side for the manufacturer it will be quite difficult," warned Red Bull's Pierre Wache. "Even more when you see the evolution of pressure you have without blankets, starting at 13 degrees, finishing at more than 100 degrees.

"With the energy we are putting in the tyre in Formula 1 is higher than other categories, then for sure it will be a big challenge for the tyre manufacturer.

"As an engineer, when it’s challenging, it’s quite interesting. I’m pretty sure we can find tricks and some possibilities on the car to use and to operate the tyre in the best way, but it will be a big challenge for the manufacturer."

Verstappen finishes Friday fastest ahead of Mercedes and Ferrari