Haas boss Guenther Steiner has pointed the finger at Renault, claiming the French manufacturer broke an inter-team pact following its protest of Romain Grosjean at Monza and the French driver's subsequent exclusion from the race's results.

The floor element of the French driver's Haas VF-18 was found not to comply with the technical regulations as well as with a recent directive published by the FIA.

The US outfit had been warned by the governing body before Monza about its floor structure that had been updated at the Canadian Grand Prix, and was told that if it left the element unchanged it would expose itself to a potential protest from a rival team.

However, Haas had previously asked the FIA for a grace period to correct its situation as time constraints linked with F1's summer shutdown had not allowed it to modify the specific element in a timely fashion.

Steiner contends that Renault's subsequent protest was a breach of an agreement that stipulates that teams shall warn before a race if they intend on contesting a rival's car in order to permit that rival to react.

In Steiner's view, Renault was looking to regain off the track the points and fourth-place position in the Constructors' standings it had lost against Haas on the track.

"My opinion is that for a long time there was not a protest after a race," explained Steiner in Singapore.

"It's a long, long time, I'm a little bit surprised but then I'm not because what would do you do? I wouldn't have done the same. I would have done what other people have done before. 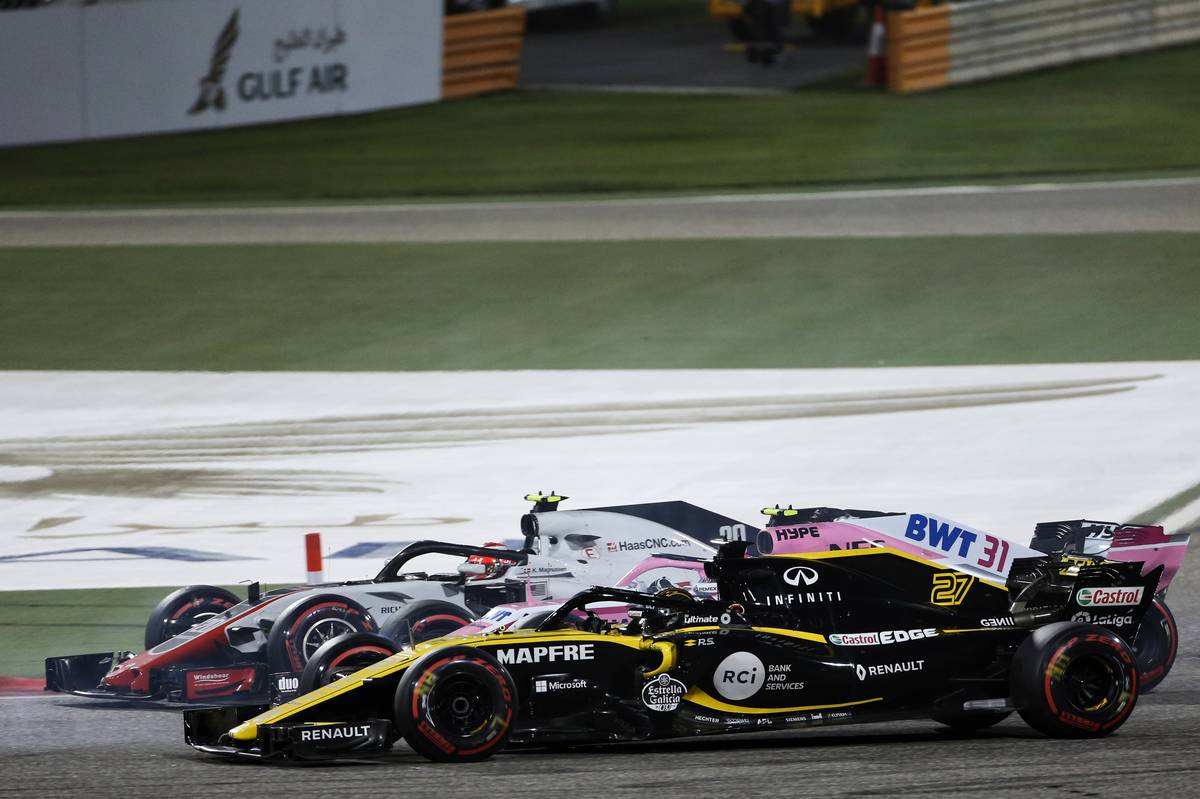 "They can say [before a race] if this is not fixed, we are going to protest you," added Steiner.

"That's what I was talking about because it was before my time the last time this was done.

"I don't know why they did it, but it's one of these things. Renault did what it need to do, but I think a lot of people have questioned it internally and they are right to."

Haas formally launched an appeal process to have its Italian Grand Prix result overturned. A hearing with the FIA is set for early November and Steiner believes the ruling could go either way.

"I think the stewards didn't understand what we tried to explain," said the Italian team manager.

"They disqualified us but at the court of appeal they have a better understanding and more time for us to explain how it went down."

"It's 50/50, it could go both ways. I would never say I am confident of winning it because you never know what is happening."