Seven-time NASCAR Cup champion Jimmie Johnson says the opportunity to get behind the wheel of a Formula 1 car is a "chance of a lifetime".

The 43-year-old will be trading places with Fernando Alonso at the end of the month at the Bahrain International Circuit, one day after the 2018 F1 season finale at Abu Dhabi.

“It is the ultimate car,” Johnson said. “That’s by design what they’ve created for a vehicle.

"Our vehicles are much more entertainment-based, certainly a lot of fun to drive," he explained. "But to feel the downforce of one of those cars has always been in the back of my mind. I’ve always wanted to experience it."

Johnson revealed on Friday that the swap had been set in motion at the start of the year when the drivers met at Daytona for an IMSA event.

“We met there, traded up numbers, stayed in touch,” he said. "It wasn’t long after that and he may have even mentioned it there.

"I was like, ‘You don’t have to ask me twice!'" he added. “I went after it right away. I wasn’t going to let a passing comment slow me down.”

In advance of the car swap, Johnson will be spending some time on the F1 simulator at McLaren's headquarters in Woking to prepare him for the challenge.

Johnson added that this wasn't going to be a brief stunt for the TV cameras like previous swaps between Jeff Gordon and Juan Pablo Montoya at Indianapolis in 2003, and Lewis Hamilton and Tony Stewart at Watkins Glen in 2011.

"We really wanted a full day to experience each other’s cars and mess around," Johnson said, who added that his Hendrick Motorsports team was sending over enough tyres to allow Alonso to "run as long as he wants to get the full experience.” 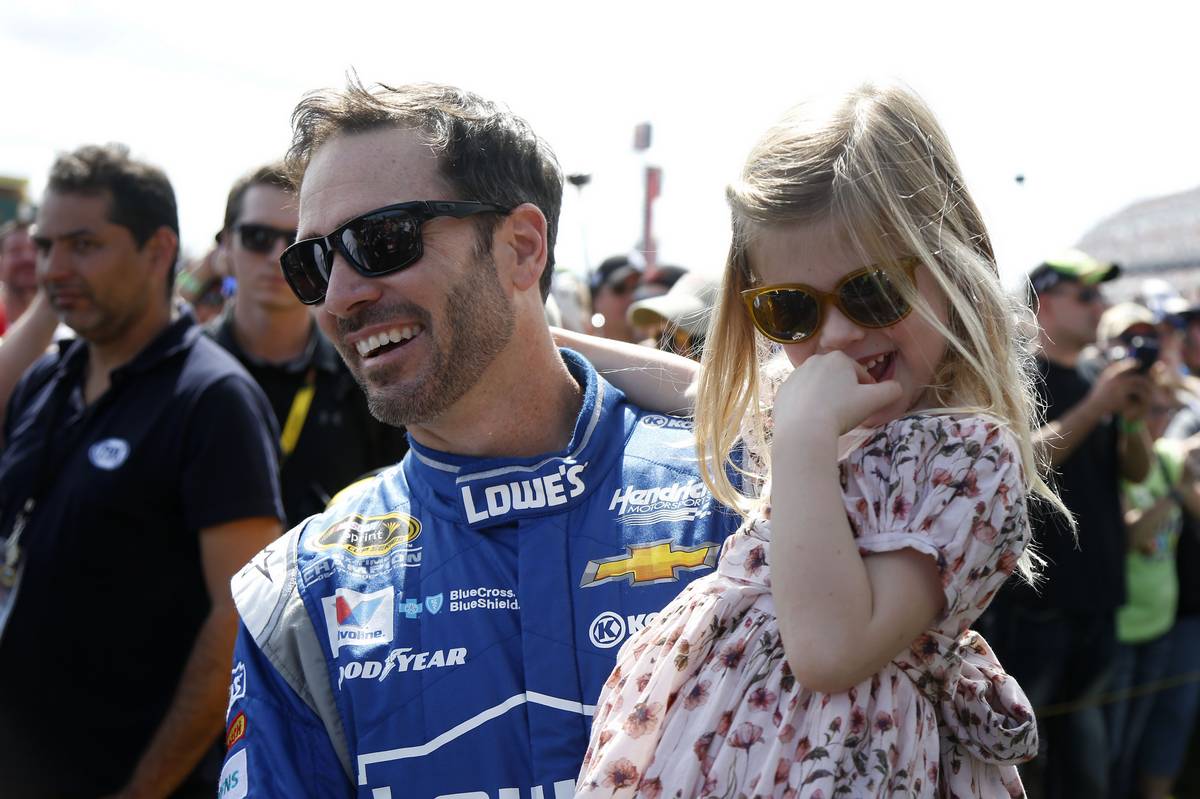 Unlike Johnson, Alonso won't have any opportunity to try things out beforehand.

“It’s probably a bigger change for me to go from our cars to his," explained Johnson. “We offered up the chance to let Alonso come run the Chevy simulator [in North Carolina] but the schedule didn’t work out from the beginning to do that."

Johnson was clearly in admiration of Alonso's determination to break out of F1 and race in as many different championships as he can in future, having made his Indy 500 debut in 2017 and been in the winning team in his first Le Mans 24 Hours in June.

“Fernando is putting himself in position to really be able to do that from IndyCar, F1, sports cars - and who knows where the NASCAR opportunity will take him?"

He pointed out that Alonso's strategy was similar to the careers of racing greats of old such as AJ Foyt, Mario Andretti and Parnelli Jones.

"I think a lot of us miss that era of time where Jones would go race anywhere around the world," he said. "Andretti was all over the place. I feel like there is a chance for that to start coming back.

“I think it will probably be more common as drivers get later in their career and have these opportunities come around, they’ll start taking them.

"I’m certainly planning on doing that. I don’t have anything vetted out yet. When I’m done full-time Cup racing, I’m not done racing.”

But despite this month's taste of Formula 1, Johnson didn't expect to be showing up on the grid in any Grand Prix races in the future.

Hamilton 'was impossible to beat in 2018', says Prost

Haas determined to fight on in 'tense' midfield battle