McLaren rookie Lando Norris plans to remain on his best behavior as a bona fide Grand Prix driver, insisting he won't be indulging in a party style lifestyle away from the race track.

Norris was promoted to a full-time race seat with McLaren for this season after his impressive run in the motorsport's junior ranks.

As a young man with a solid head on his shoulders and a fierce determination to succeed, Norris is keeping his priorities in check.

While he has a good sense of humour - as his posts on social media often indicate - the 19-year-old admits he doesn’t like to drink, preferring to lay low at home and enjoy his sim racing.

"I don't do that [go out partying] now. I enjoy driving on the sim, doing stuff like that, staying at home," he said.

"I don't like drinking, basically. At all. I find much more of a negative effect of a hangover than [pleasure] getting drunk," the 19-year-old added.

The young Brit will occasionally go out, but without painting the town red.

"Sometimes I'll go out with some of my friends who live in London but I hope nothing comes of it," he added.

"People are still allowed to have a life and do things they like and enjoy doing. I don't think I'm trapped in any way with what I'm allowed to do and not allowed to do.

"I do things I love doing. Sometimes that is maybe going out to have a drink with friends, going out partying or whatever.

"But I enjoy sim racing more than going out to do that, so you probably won't see me in London getting hammered too much." 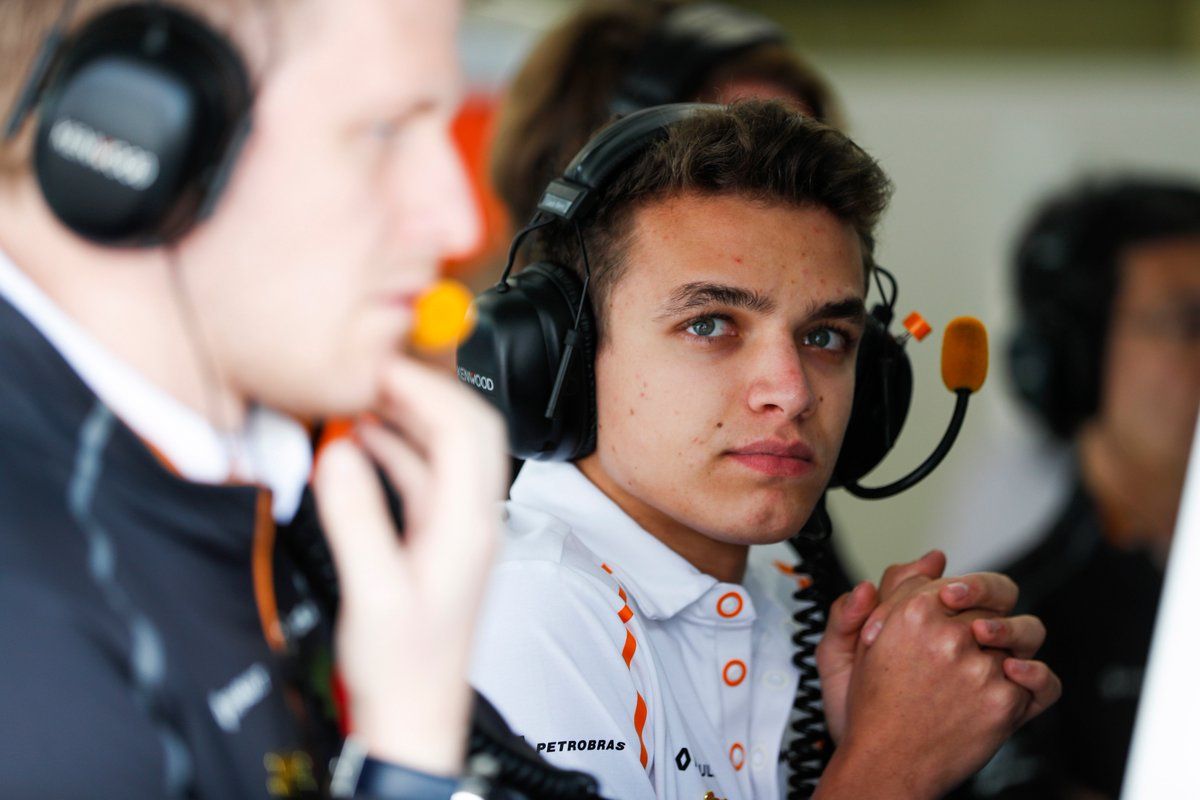 Norris will be McLaren's youngest driver in its history and the sport's most junior representative on the 2019 grid. But his youth and inexperience aren't viewed as a hindrance for team boss Zak Brown.

"I think Lando will hit the ground running and be on it right away," said the McLaren CEO during Thursday's team launch.

"I’m sure he’ll make some mistakes along the way and that’s alright, as long as you don’t make the same one twice that’s the golden rule.

"But we are confident in his abilities and this is going to be a bit of a journey together so we are excited to get to know him more.

"I think Lando is very mature for his age. He’s been in a race car pretty much his entire life."