FIA race director Michael Masi brought back the black and white flag warning at Spa last weekend, insisting the banner should now be considered the equivalent of football's yellow flag.

Masi re-introduced in Belgium the cautioning standard that warns a driver of an on-track "unsportsmanlike conduct" and which was last used in the 2010 Malaysian Grand Prix to put Lewis Hamilton on notice for weaving.

Former F1 race director Charlie Whiting had abandoned use of the flag, relying instead on radio messages to warn drivers.

"The black and white flag, bad sportsmanship flag, is something that hasn’t been used prior to this since about 2010 apparently,” said Masi quoted by Motorsport.com.

"But one of the discussions that has been ongoing with the sporting directors is using it.

"So one of the reasons I haven’t used it to date is trying to find out from as many of them and others as to why it stopped from being used, and no one could come up with a valid reason.

"It is one of the flags that exists in the code, and every single sporting director and every single driver is supportive of the use of it. It is effectively the motorsport version of the yellow card."

Last Sunday, the warning flag - represented the light panel at the start/finish line - was given to Toro Rosso's Pierre Gasly fore moving in a braking area during the race. 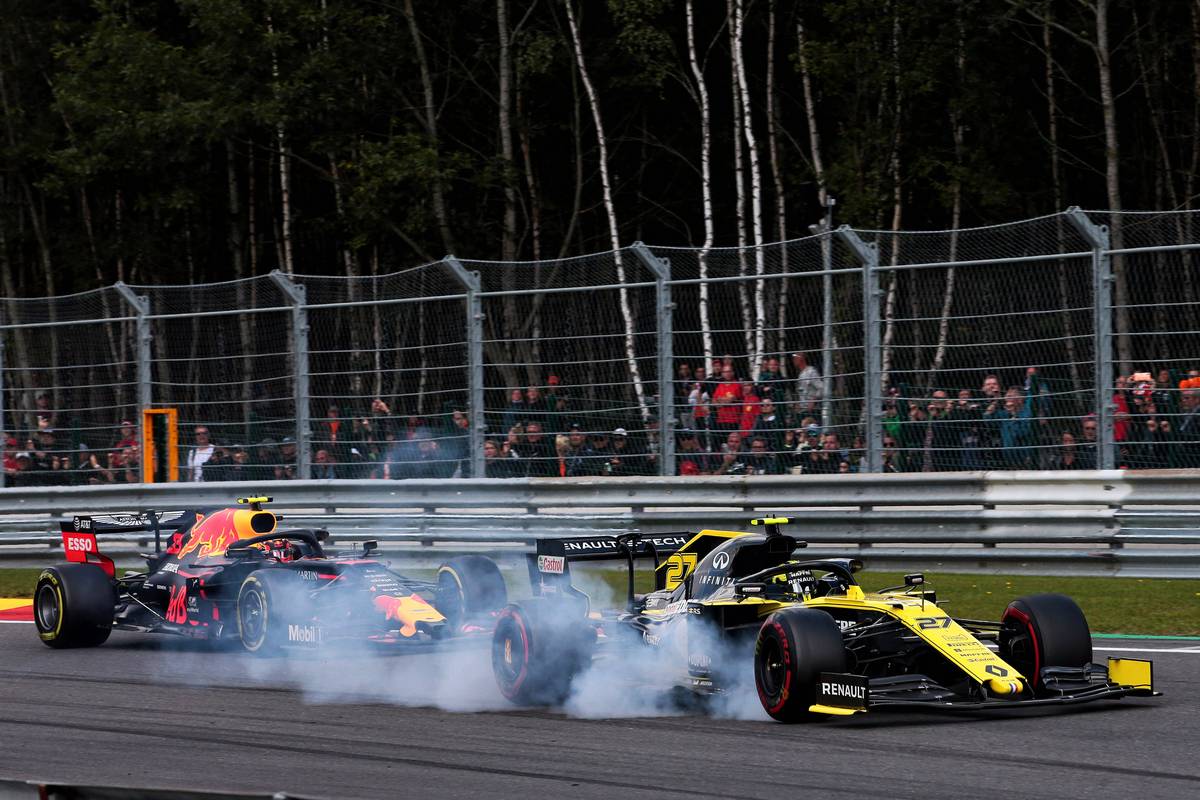 Like a yellow card in football, the black and white flag is shown only once, with a second offense triggering a stewards investigation and a potential penalty.

"Correct, and that was highlighted at the drivers’ meeting on Friday night, that it is your yellow card.

"If we use the example of this weekend, if a black and white had been issued for exceeding track limits at Turn 4, [due to] setting the loop off three times, and then you got another one for another incident, you wouldn’t get a second black and white, you would be referred to the stewards as a breach.

"Not only was it in the [race director’s] notes to use for the track limits side of it at Turn 4 – and I think we need to put more electronic loops in because it seems to have a force field for them not to go near it – but it can be used for a range of matters, be it squeezing drivers, moving under braking, all of those types of things that we see it as I said effectively, motorsport’s version of a yellow card, if you had to put it in football terms."

Racing Point to shift resources to 2020 car after Singapore