Verstappen opted to run Pirelli's white-rimmed hard compound in Q2 while every other top-ten team relied on the medium rubber to make the Q3 cut.

Verstappen was thus an outlier of sorts on the grid, but the hard-to-medium-to-hard combo worked to perfection for the 22-year-old who secured his ninth career win at Silverstone.

Speaking to Sky F1 immediately after Sunday's race, Horner admitted it had been an "amazing performance" from Verstappen.

"I mean, the pace in the race was beyond what we expected," he said. "We started on that sort of reverse strategy, and Max was just chilling out to the beginning of the race.

"And the pace in the car, it was just so easy today. And even after Mercedes pitted and went on to a new hard, we were able to pull away, and at that point, you think this is really game on now."

Horner revealed that Verstappen required a fair amount of convincing by his engineers before committing to the hard tyre qualifying strategy on Saturday.

"Obviously he had to buy into it," Horner said.

"So we run the simulations, we come up with the risk and the reward. And we felt that if we just do the same as Mercedes following last week's performance, we'd end up with the same result.

"So at least by running the hard, the theory was that [if] there was a safety car later in the race, we'd have potentially a grip advantage at the end of the race, but as it turned out, we actually had a pace advantage through the race." 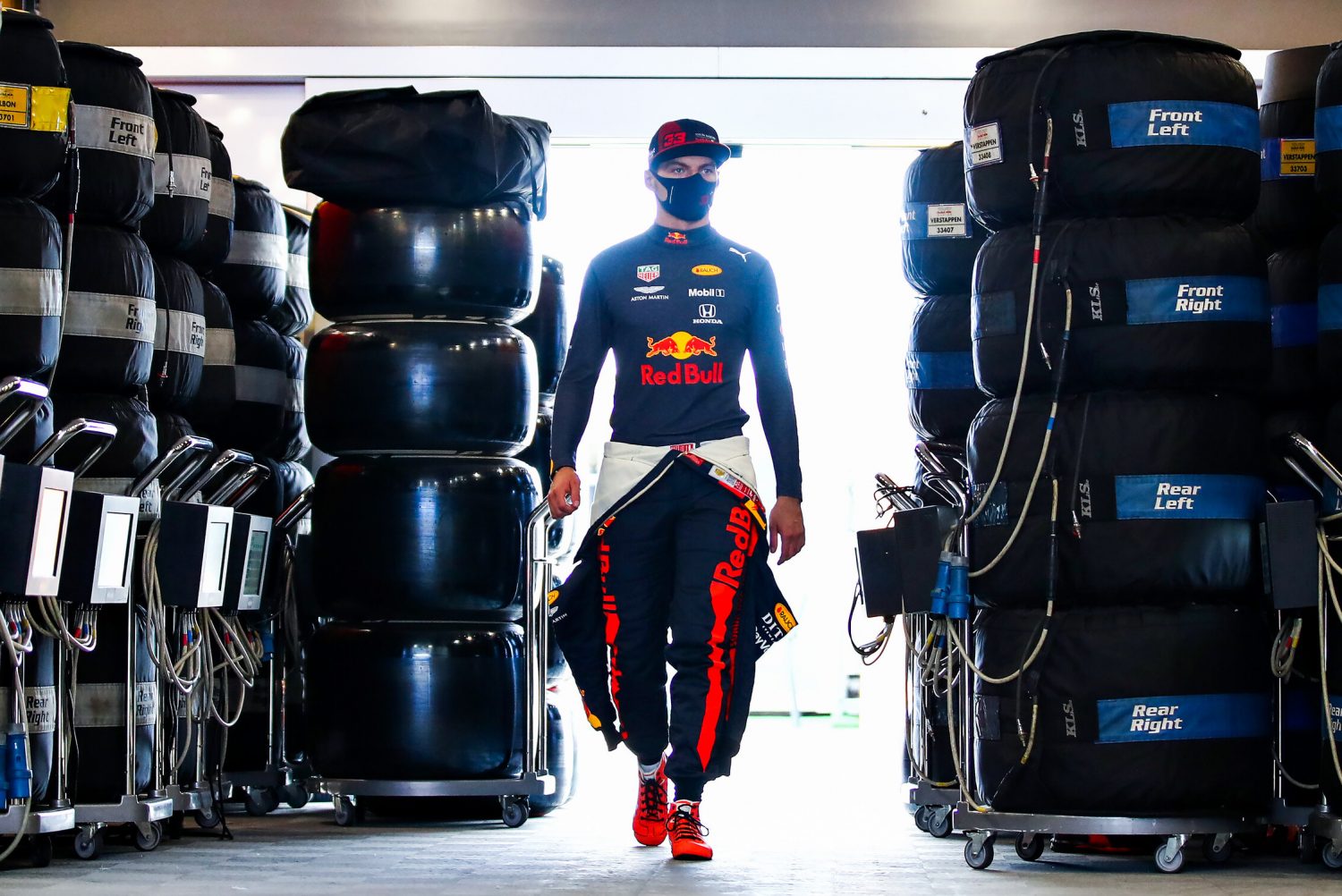 In hindsight, Horner was surprised that none of Red Bull's rivals took a gamble on the hard rubber in Q2.

"What you have to remember is the compounds have gone a step softer this weekend," he added;

"So what was the red tyre - the soft tyre last weekend - was the medium this weekend, and that felt for us really fragile.

"So we thought if we could manage to put a lap in qualifying, and it was so tight yesterday, electing to run again with that hard tyre though, we were surprised that we were the only ones that drove out on that tyre.

"So a lot of data for us to understand, because we had a very dominant car today, and we were able to run longer with greater pace.

"And so we were actually able to create an overcut on the Mercedes on an older tyre, and bag track position, which enabled us then to switch our strategy to run the medium tyre and then cover them with a hard tyre, which put us effectively on a straight race to the end of the race on the same compound of tyre.

"So all of that was possible because of the way that Max managed the tyre, and the pace that we had in the car."