There has only ever been one driver named 'Kimi' in Formula 1, but the forename could perhaps enjoy another spell of success in Grand Prix racing, thanks to Mercedes.

The German manufacturer is supporting the burgeoning talent of 14-year-old Italian karter Andrea 'Kimi' Antonelli who was crowned last weekend at Wackersdorf in Germany the FIA European Karting Champion.

Mercedes boss Toto Wolff is personally tracking the teen's progress, and Gwen Lagrue, the man who looks after Mercedes' juniors, has also been impressed by what he's seen so far from Antonelli.

"Kimi is a phenomenon!" said Lagrue. "He is racing for Kart Republic, Dino Chiesa’s team, who previously took care of Lewis Hamilton and Nico Rosberg around 20 years ago.

"We were really impressed with him – he’s very mature for his young age, is very patient and extremely clever.

"He’s fast, whatever the conditions are, and I’ve never seen him make a silly mistake.

"The love and passion for motorsport are obvious and he enjoys his racing like I’ve never seen before.

"The way he is racing, overtaking, building his race weekend is very special and we are really looking forward to seeing him move into single-seaters." 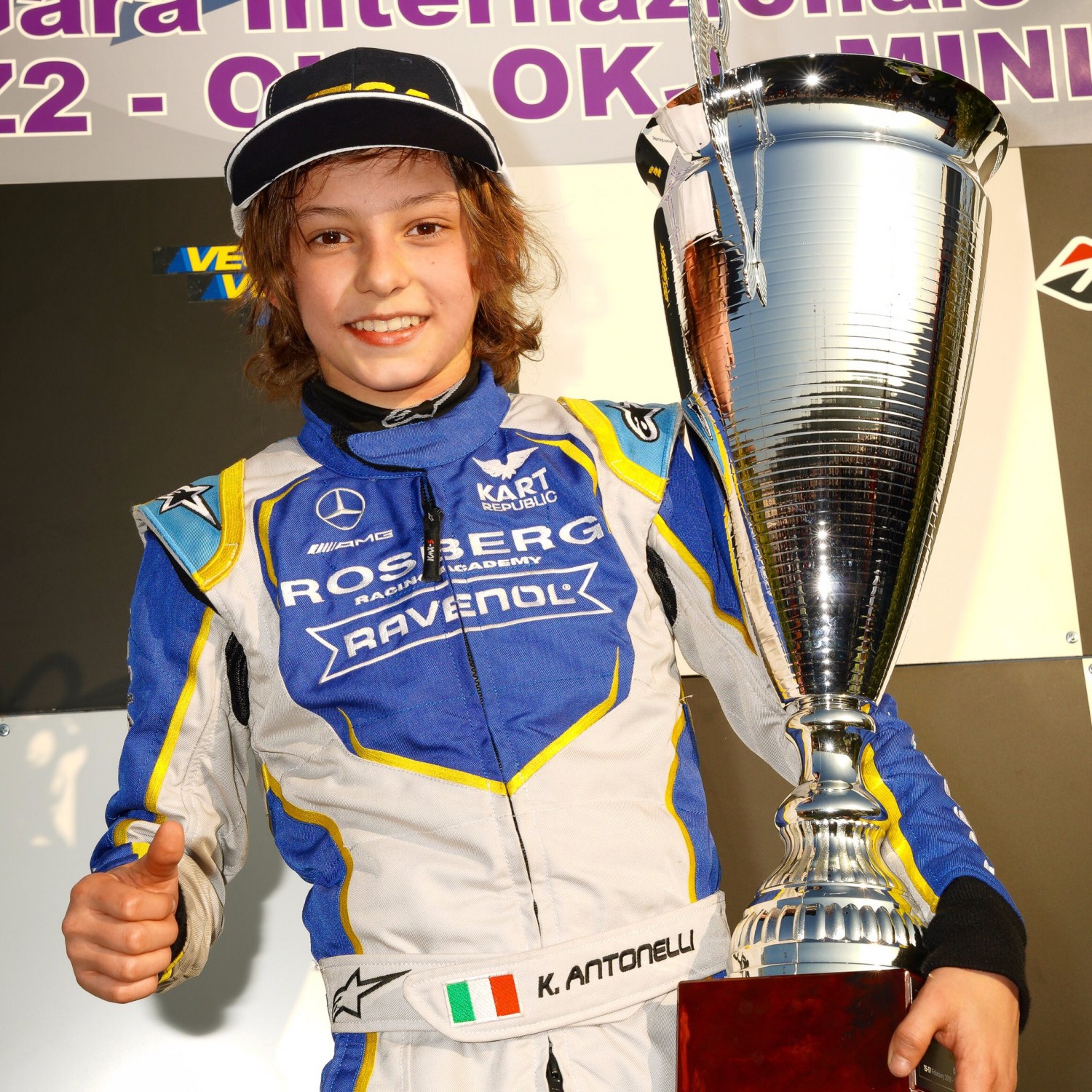 Perez not 'giving anything away' on 2021 plans