Mercedes was initially earmarked for the two-day test in Southern France as part of Pirelli's 2022 18-inch wheel development program.

But the significant cost incurred by Mercedes following Valtteri Bottas' massive crash at the Emilia Romagna GP has limited the German outfit's ability to add additional expenses to a budget that will likely run right up to F1's $145 million budget cap.

Mercedes would have received a $400,000 credit for taking part in the test, but on balance the extra debenture wasn't enough to alleviate the team's concerns.

"We are trying to make the budget cap, which is not trivial and we couldn’t take the costs related to the tyre test and we wouldn’t have been able to send our mechanics on such a long journey,” explained Mercedes boss Toto Wolff. 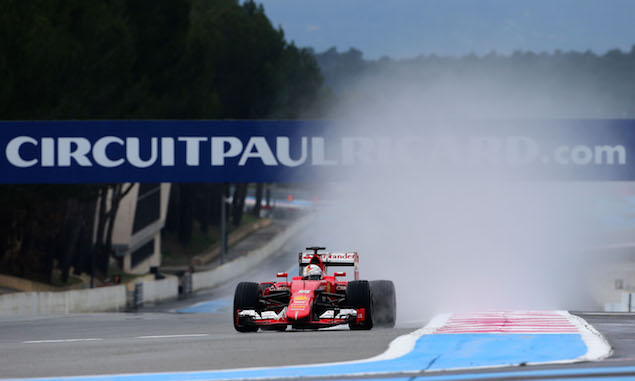 Ferrari team boss Mattia Binotto said the Scuderia was happy to take Mercedes' place given its focus on 2022.

"We always said that 2022 is somehow our priority over 2021 and testing Pirelli tyres, helping Pirelli develop the new tyres we believe is important for us," he said.

"Luckily enough we didn’t have a crash in Imola so eventually we have some more contingency to Mercedes today, so somehow we are happy to accept and support."

Pirelli F1 boss Mario Isola admitted to being concerned that F1's budget cap could impact Pirelli's development program, not only this year but also in 2022.

"When Mercedes came to me saying we could have an issue with your tyre testing, it was a bit of a surprise," said Isola, quoted by Motorsport.com.

"Obviously I'm talking to the FIA to discuss that, because if it is an issue this year, it's probably an issue also next year, and we have to find the solution.

"Next year, they are going to use race cars, not new mule cars. So I need to understand how this will affect tyre testing.”

"The tyre testing for Pirelli has to be neutral for the teams. The teams are focussed on the restrictions due to the budget cap, they are working around that.

"But the Pirelli tyre testing should be not in this equation. I'm not saying that it is easy to make a rule for that, we need to discuss the issue.

“There is not an easy solution, but I'm sure we will find a solution working together, because it is quite, not strange, but it makes very little sense that if you decided to test you should decide to pull out," added the Italian.

"Now if there is this implication on the cost cap we have to find a solution. It's a dynamic world. So every day there is something new, and we will find the solution also to that for sure."

Drivers hit the catwalk in Monaco