Melbourne and F1 have done their best to improve the show on the track for this week's Australian Grand Prix, tweaking the Albert Park layout and relying on four DRS zones to boost overtaking.

F1 will race in Australia for the first time since 2019, with the country's 2020 event canceled at the last hour due to Covid while last year's race was scrapped from the calendar as Melbourne's pandemic restrictions remained in place.

But drivers will return to an altered circuit this year, starting with the former Turn 9-10 chicane that has been heavily revised.

The tight right hand Turn 9 corner has been completely erased and replaced by a fast sweep that will lead on to the slightly curved back straight.

Elsewhere, there have been radius changes at Turn 1, Turn 6 and at the penultimate corner that will make those areas slightly faster, while Albert Park's pitlane has also undergone work, with the stretch being widened to two meters.

Overall, the changes should shave about five seconds off F1's previous lap times at the venue. 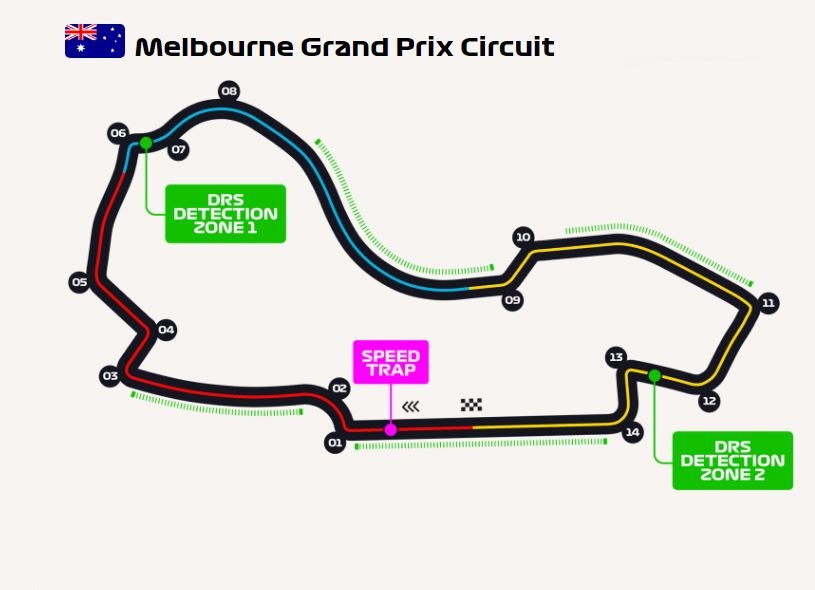 Melbourne has historically been a venue where overtaking was very difficult. But this year's new generation cars coupled with F1 adding a fourth DRS zone to the track should significantly facilitate overtaking.

While drivers will sail through four DRS zones, there will only be two activation points.

The second DRS detection zone is located between Turns 12 and 13, and will serve Albert Park's main straight as well as the stretch between Turns 2 and 3.