Perez was placed under investigation after the race for failing to maintain ten car lengths in two separate Safety Car periods, from lap 8 to 10 and then later in the race from lap 36 to 39.

In the end, the Red Bull driver was handed a reprimand in the first instance and an inconsequential five-second penalty in the second case, his overall race win remaining safe and sound. 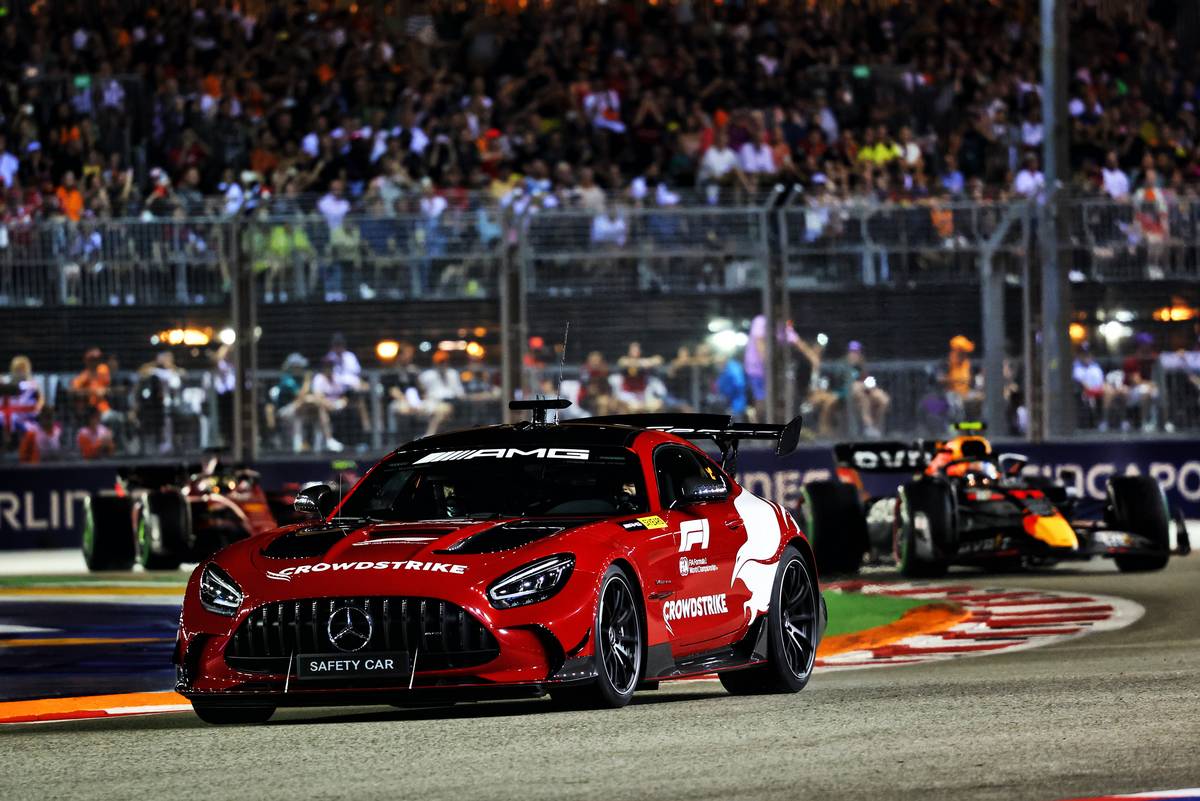 But Briatore – like most in the paddock and F1 fans in general – was baffled by the fact that it took the better part of almost three hours to confirm Perez's triumph.

"At the FIA they have inadequate people," Briatore told Italian outlet LaPresse. "Every race we have a problem, the same yesterday.

"If there was an infringement, why wait hours when with all the technical stuff to draw on you can decide in a minute? I

"It’s not F1’s fault, it’s the FIA’s fault, it has to change. You can ruin a race, the show and affect the World Championship."

The FIA's overall structures - including those associated with F1 - have undergone wholesale changes since president Mohammed Ben Sulayem was voted in at the end of last year.

But Briatore, who is working once again with Formula 1 as an advisor, argued that the governing body's upper management lacks "quality".

"The FIA is a company and as such to move forward it needs to employ the right and suitable people," he said.

"It has almost 200 employees and companies of this type must be run by capable managers and every sector must have them. At the moment there is no such quality.

"The FIA must be managed by professionals, that’s fundamental. The president must decide.

"The important thing is that there is a federation that is up to F1. Why didn’t this happen before? Because there were professionals, simple as that."