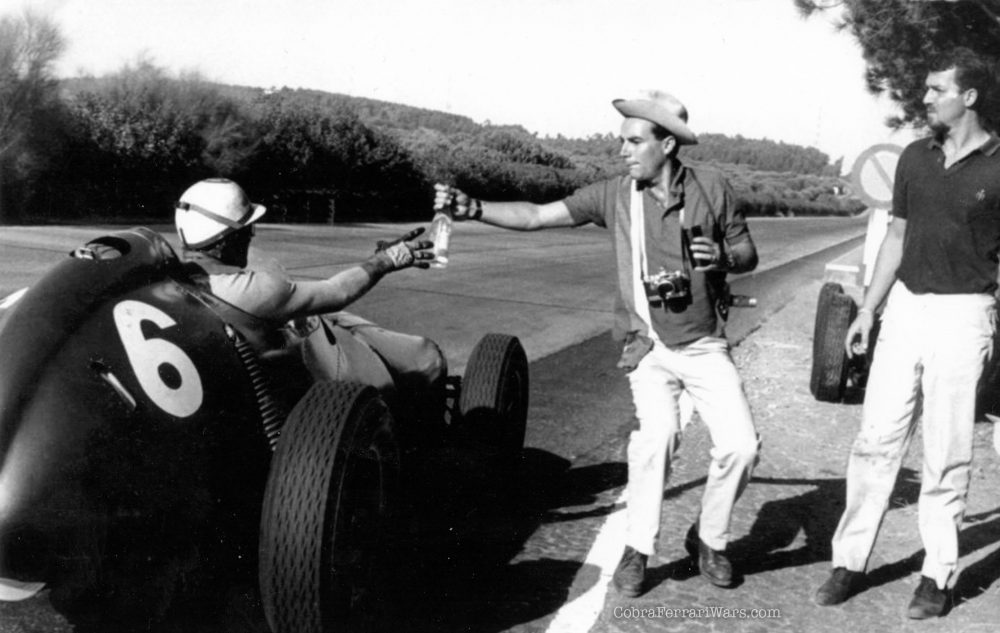 Harry Schell, the first American driver to race in Formula 1, was born on this day in 1921, and we're harking back to the 1959 Portuguese Grand Prix where this famous shot was taken.

It was blistering hot that day in Monsanto Park, a venue located on the outskirts of Lisbon. Jo Bonnier's engine had already expired and he was joined by photographer Bernard Cahier on the side of the track.

Drivers were evaporating in their seat because of the heat, to the point where several implored for a refreshment in the middle of the race to quench their thirst.

Bernard Cahier was more than happy to oblige when Harry Schell stopped for a welcome drink. Schell made it home at the wheel of his BRM P25, finishing fourth in a race won by Stirling Moss driving a Cooper-Climax.