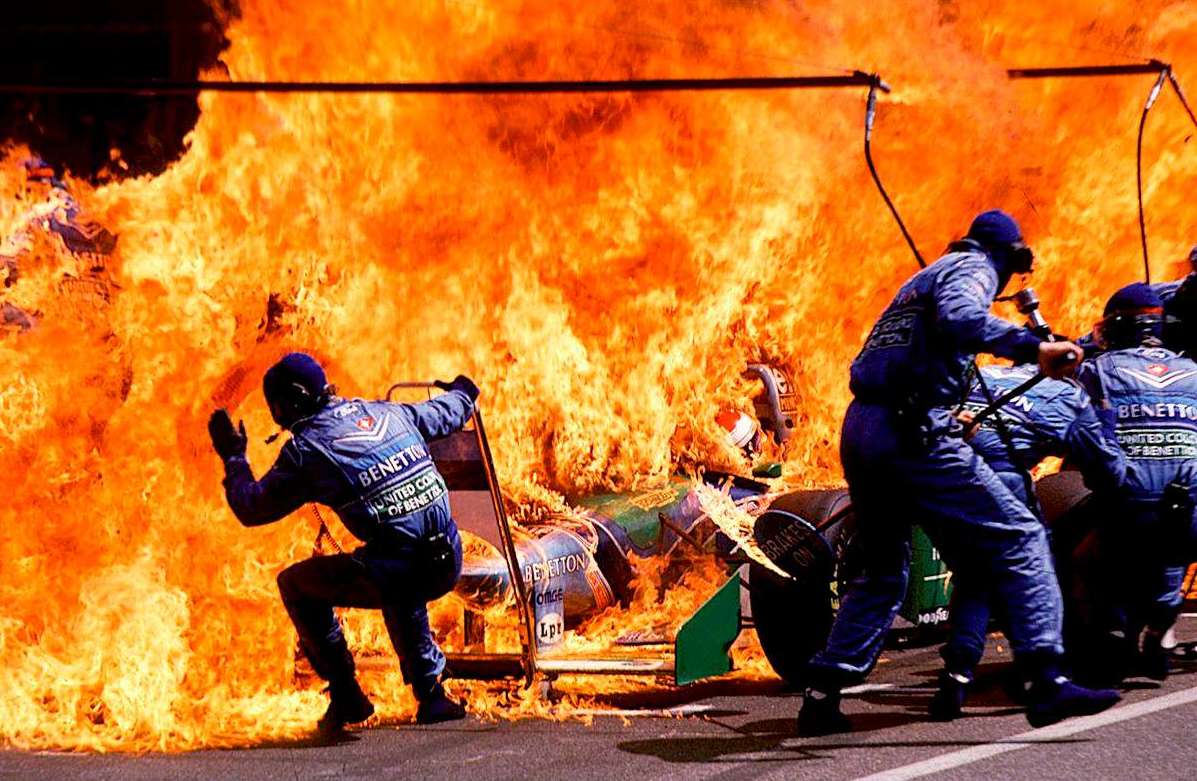 No matter how long ago it was, this incredible shot by photographer Arthur Thill of Jos Verstappen's Benetton engulfed in a blazing fire still sends a chill down one's spine.

At the German Grand Prix held on this day in 1994, the Dutch driver made what should have been a routine pitstop for fuel and tyres.

As the Benetton crew mishandled the refueling rig, fuel sprayed on the car ignited in a split second, creating a massive blaze. Fortunately, marshals were quick to act and extinguished the fire.

Luckily, Verstappen and the pit crew suffered only minor burns.