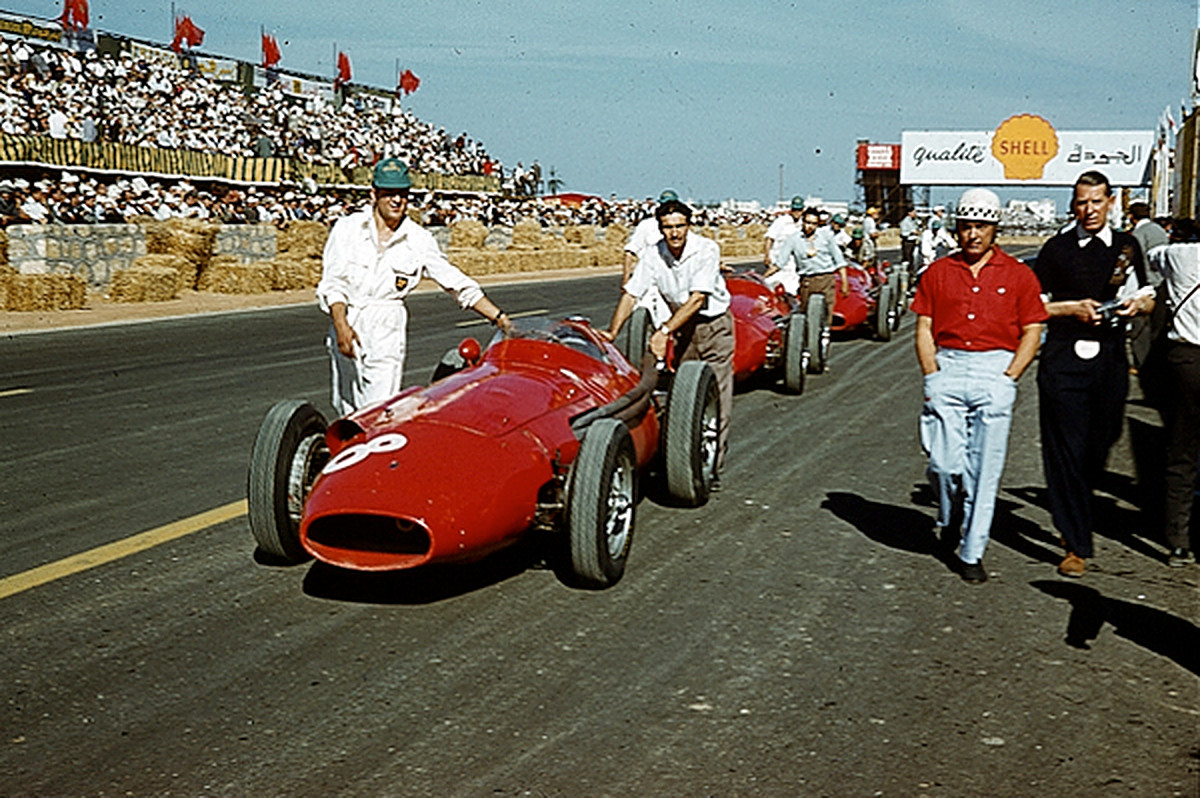 Only the older generation will recall French motor racing star Jean Behra who took part in 52 F1 world championship events in the 1950s with the Gordini, Maserati, BRM, Ferrari and Porsche teams, and who sadly died on this day in 1959.

He's pictured above at the 1957 non-championship Morocco Grand Prix, flanked by Rob Walker on his left and his lightweight Maserat 250F on his right.

A three-time French motorbike champion before transferring to F1, Behra finished on the podium on nine occasions but never managed to win a Grand Prix, making him possibly the fastest driver - along with Chris Amon - never to score an F1 victory.

Famous for being sacked by Ferrari when he punched team manager Romolo Tavoni after the 1959 French Grand Prix, Behra sadly died less than a month later when he crashed his Porsche RSK in wet weather while competing in the sports car race that preceded the German Grand Prix in Berlin on August 1.

He was thrown from his car and sustained fatal injuries when he hit a flagpole.