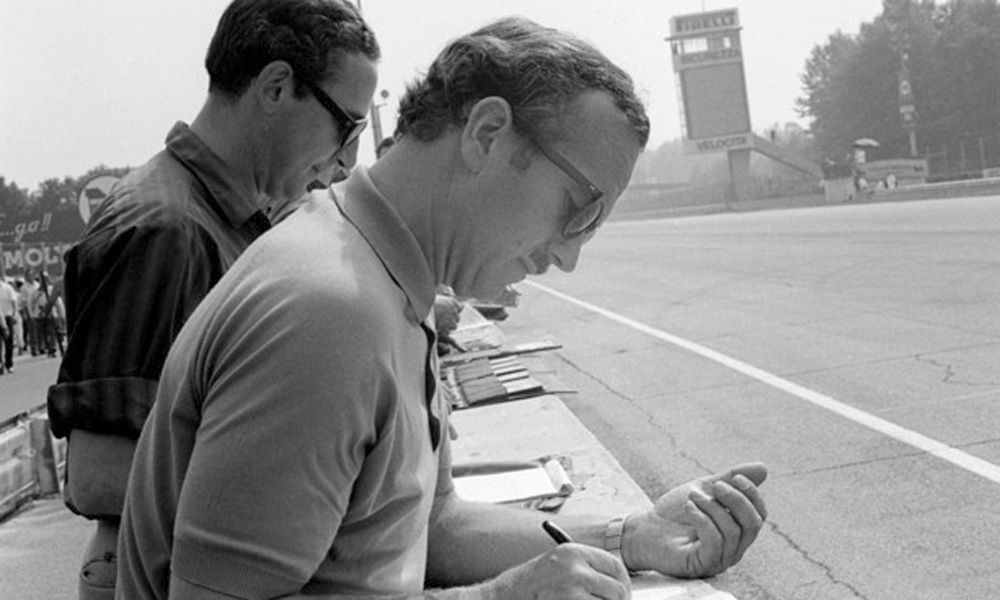 Lotus team boss Colin Chapman (pictured above at Monza in 1968) died on this day 35 years ago. He had suffered a fatal heart attack at his home in Norfolk. He was just 54 years old when he died, but his impact on the sport he loved had been immense.

After a brief sojourn in the Royal Air Force, Chapman went to work at the British Aluminium company in 1948. But he was already entering his modified Austin Seven - which he called 'Lotus' - in local racing events. He ploughed any prize money back into improved designs, and by the mid-50s he was selling the Lotus 6 in kit form.

Chapman worked his way up through the various motor racing formulae. By the mid-1950s he had quit his day job and founded Lotus Engineering and Team Lotus. In 1958 he was building Formula 1 cars. He was also briefly a driver, but a crash with team mate Mike Hawthorn during practice for the French Grand Prix at Reims made him decide to focus on the technical side instead.

Despite limited resources, his clever engineering solutions put him at the front of the grid. Among the innovations he introduced were the use of struts as a rear suspension device and popularising the monocoque chassis. He pioneered the advanced use of aerodynamics through wings and the ground force effect. The Lotus 79 dominated the 1978 championship, but the 'skirts' it used were promptly banned because they were too easily damaged. In the 1980s he had devised a 'dual chassis' car to help lighten the strain on the driver, although it was never allowed to race.

On the day he died in 1982, Chapman had been watching Team Lotus test the first F1 car with active suspension. The news of his sudden death shocked everyone who knew him. By then he had become an integral part of the sport, to an extent perhaps only exceeded by Enzo Ferrari himself.

The Circuit Gilles Villeneuve gets a makeover 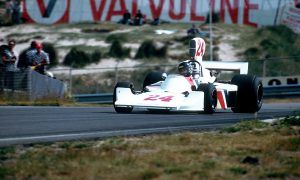