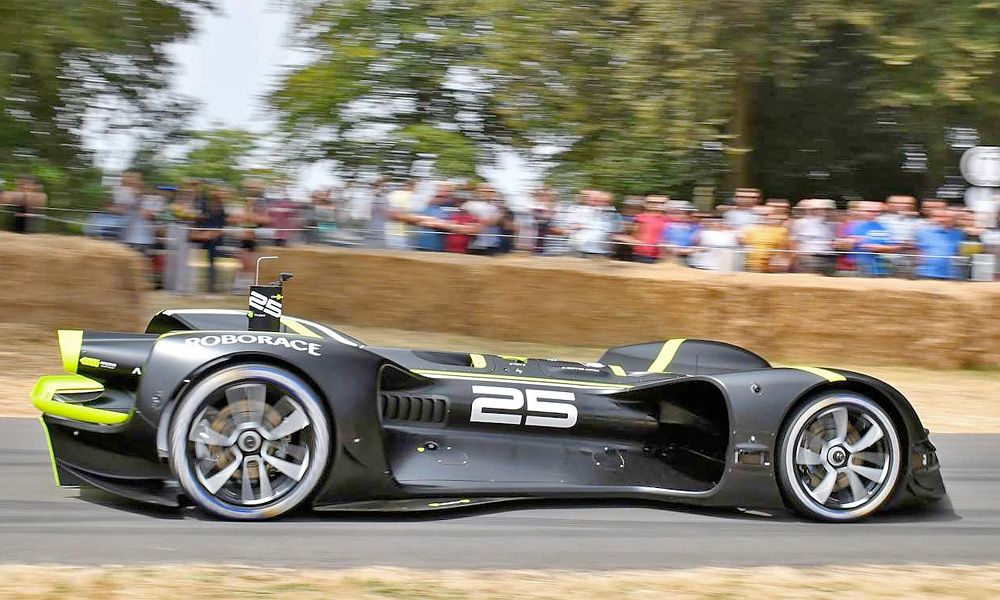 Does this picture make you feel as nervous as it does us?

In case it isn't immediately obvious, there's a couple of very important items missing from this photo: a driver, and a steering wheel. And in that regard we could be looking at the future of motor sport.

Roborace's revolutionary vehicle can do over 200mph, although for its appearance going up the hill run at this weekend's Goodwood Festival of Speed it was limited to a relatively sedate 75mph.

It's a completely autonomous racing car, which means that no human was at the controls - not even by remote control radio telemetry.

“The driver is called AI – artificial intelligence," explained Jun Imai, who is head of studio for the company. "AI did all the driving, from start line to finish line."

It did have the benefit of data previously gathered by a human driver taking a second Robocar - one with an actual steering wheel! - up the hill on a reconnaissance run.

There was a second autonomous vehicle showing what it could do at Goodwood, but in the case of the Siemens Mustang there was a human driver on board "just in case". However as the photographic evidence shows here, that wasn't the case with the Roborace entry.

The only thing the humans could do was press a 'kill switch' that would have shut down the car in the event of something going wrong. But it wasn't needed. “The car has been running faultlessly all FOS weekend,” said Jun.

Gentlemen, start your engines. While you still can!

Sim driver Van Buren gets the drive of his life