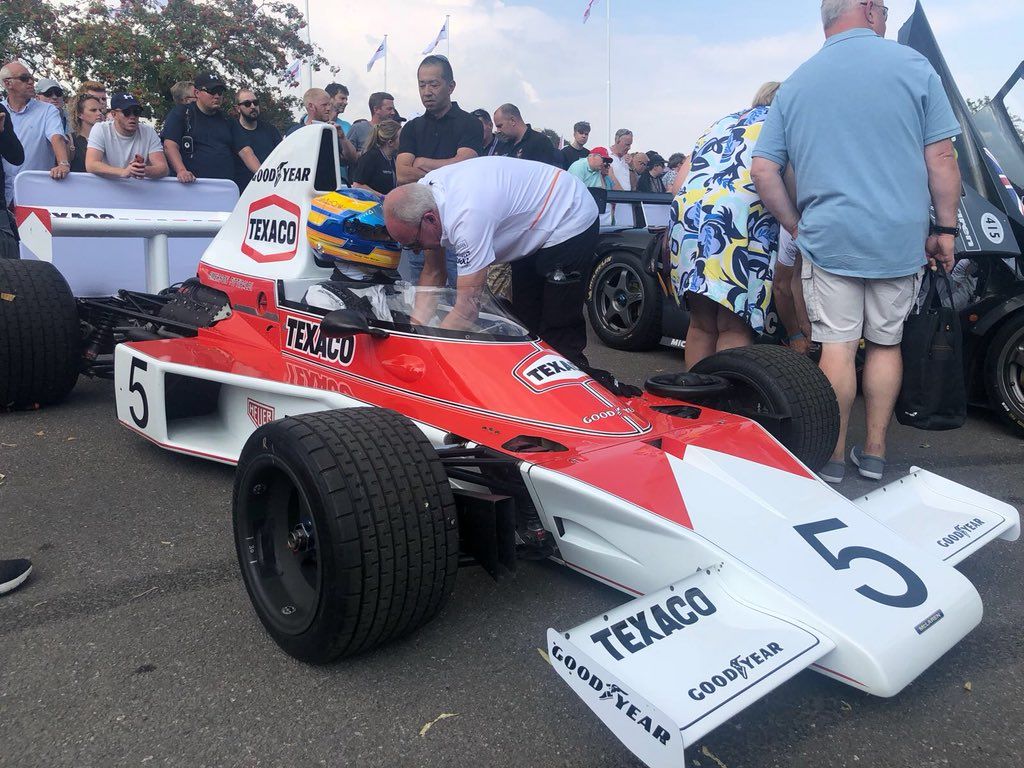 His prize for winning the virtual contest was a job with McLaren as a simulator driver. In the past year, Van Buren has spent countless hours at Woking running sim programmes for the team and helping it extract more performance from its MCL33 raced on Sundays by Fernando Alonso and Stoffel Vandoorne.

On Friday however, McLaren entrusted the Dutchman with a classic M23 to run up the hill at Goodwood during the Festival of Speed. For Van Buren, it was the drive of his life.

"It's been one of the best things I've ever done," said the 25-year-old after his run.

"I'm a guy who talks quite easily but today I'm speechless. The car is amazing, the atmosphere is amazing and the people are amazing. I hope to be back next year!"

A Brabham in a Brabham, once again

Who needs a driver anyway?