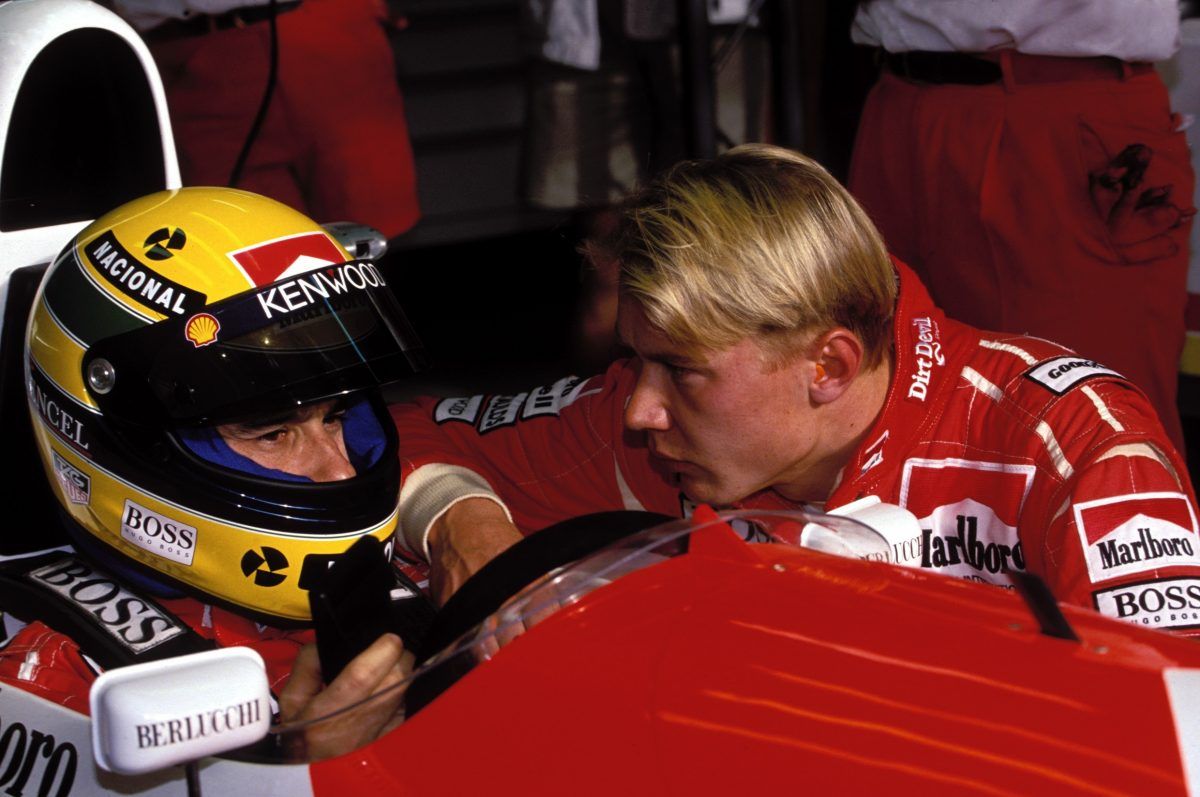 Mika Hakkinen's first race with McLaren came at the Portuguese Grand Prix on this day in 1993 as a result of Michael Andretti's departure from the team following the American's disappointing results.

As McLaren's test driver, Hakkinen was promoted to a race seat in Estoril, and lost no time in showcasing his skills by snapping at the heels of team mate Ayrton Senna in the weekend's first qualifying session.

In the second session however, the Finn promptly outdid the great Brazilian, qualifying third behind the unassailable Williams of Damon Hill and Alain Prost.

Needless to say, Senna was unsettled, and wondered how on earth he had been outpaced by McLaren's novice.

At the end of the session, he walked over to Hakkinen and asked him how he had done it.

"I showed him [with my hands] and said: I have bigger balls!” once remembered the Finn.

"That made him totally mad. He got really angry and went on to tell me about his whole career, about the world championships he had won.

"He put me against the wall and said: Don’t even try…"