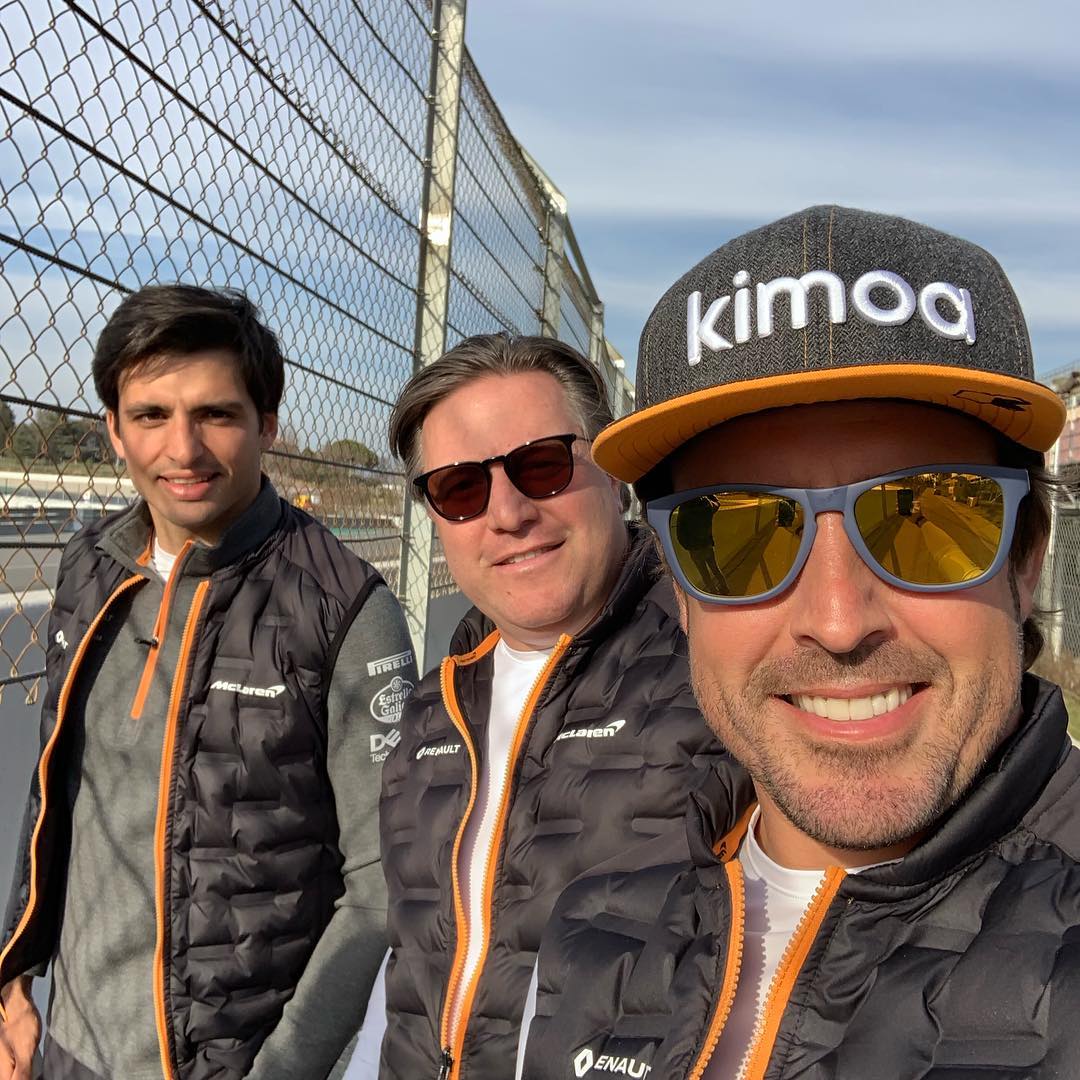 Fernando Alonso visited the Circuit de Catalunya on Tuesday to check out the action and check in on his McLaren colleagues.

The Spaniard remains part of the McLaren family with which he will be returning to the Indy 500 this year.

There were rumors that Alonso could take to the track in Barcelona and sample the team's new MCL34.

While he apparently had brought his helmet, the two-time world champion settled for a trackside view along with McLaren boss Zak Brown and Carlos Sainz, his successor at the Woking-based outfit.

There's no doubt he will have watched Lando Norris' good performance on Tuesday with a blend of enjoyment and envy.