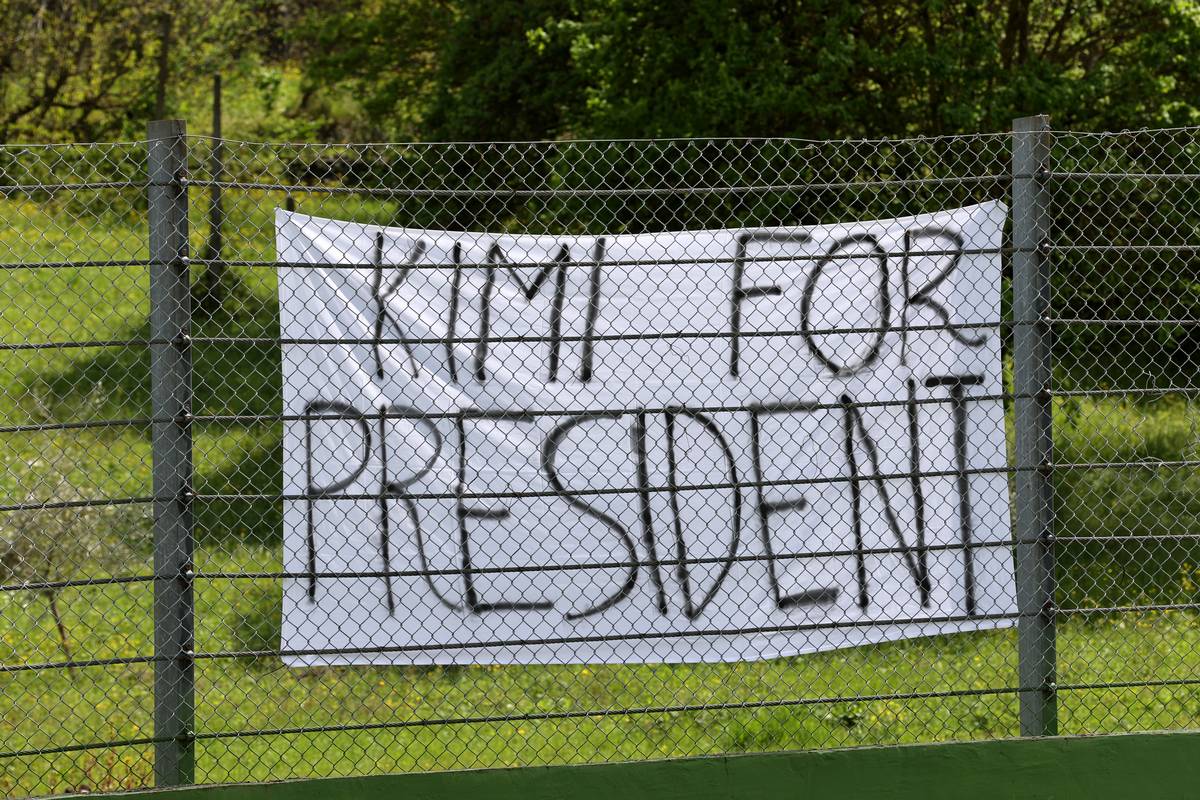 Kimi Raikkonen can always rely on the unwavering support of his indefectible fans who spare no effort to promote their idol.

But as the Iceman slowly approaches the twilight of his career as a Grand Prix driver, Kimi's devotees at Imola are encouraging their hero to start thinking about life after F1.

It's unclear however what body they would like the Alfa Romeo Racing charger to preside.

In Finland, the next presidential election is still three years away. However, members of the FIA will cast a ballot later this year to decide who will succeed current president Jean Todt at the head of motorsport's governing body.

Asked whether he would be tempted to throw his hat in the ring, Raikkonen replied with an undecisive "Bwoah…"