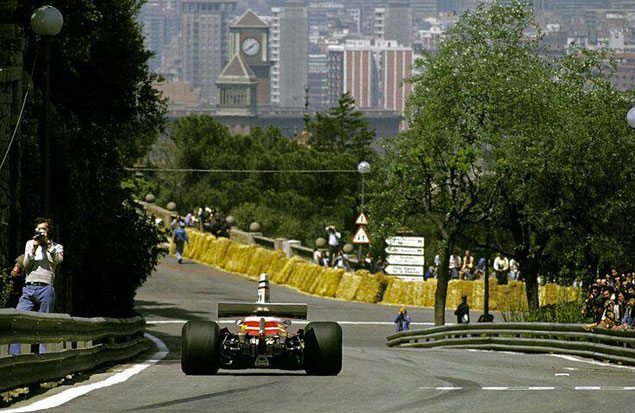 Back at Montjuic Park, this time at the 1975 edition of the Spanish Grand Prix. Niki Lauda (Ferrari) started from pole but was eliminated in a pile-up at the start. Later, another serious accident - when Rolf Stommelen's Embassy Hill crashed in to the crowd and killed five spectators - caused the race to be stopped after only 29 laps. The winner Jochen Mass (McLaren) received half points, and the Montjuic circuit was finally abandoned after the tragedy.