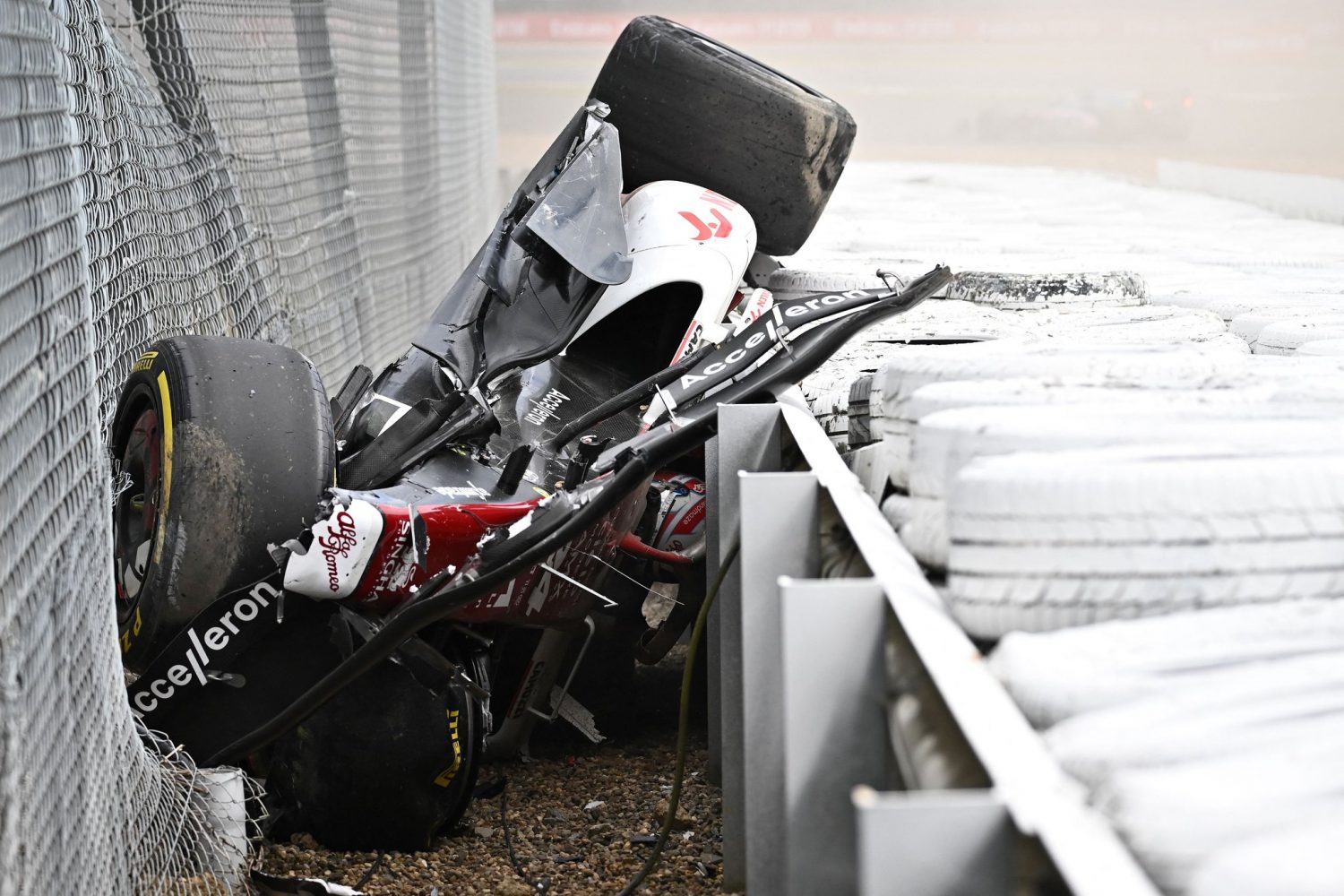 The footage of Zhou Guanyu's Alfa Romeo darting upside down through the gravel trap at Silverstone's first corner was in itself a harrowing scene.

But this extraordinary static shot by AFP/Getty photographer Ben Stansill of Zhou's car wedged between the Safer barrier and the catch fencing depicts the full extent of the Chinese driver's likely moment of massive anguish.

Having survived the Alfa's terrifying joy ride essentially thanks to the halo, Zhou was now locked in his cockpit, with no escape route to follow and with no other choice but to wait for outside help while hoping his car wouldn't ignite into a fiery - and likely terminal - fireball.

Thanks to the swift intervention of Silverstone's marshals, it all ended well for Zhou who survived to fight another day.

Credit also goes to George Russell whose first reaction was to rush to where the stricken Alfa had come to rest and to check on Zhou.

But the 23-year-old's scary wreck in the British GP was another reminder that despite the indisputable progress of safety in F1, zero risk will never exist in motor racing.