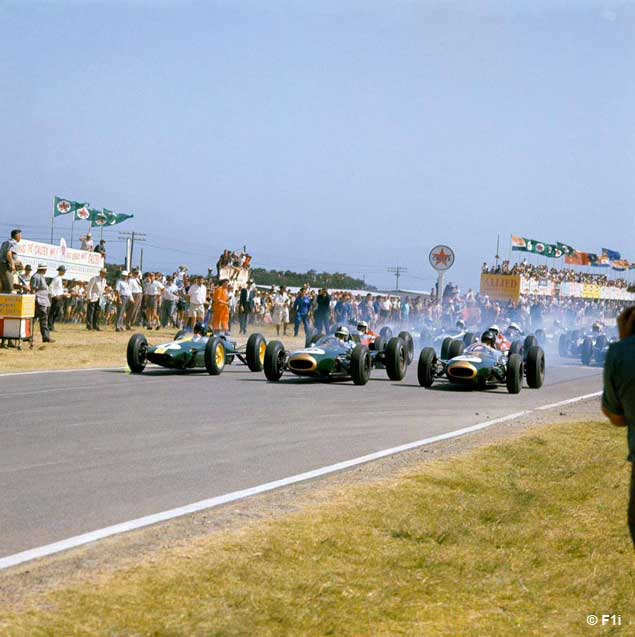 In 1963, the championship was long since decided before the end of the season, with Jim Clark having won six of the eight races contested so far. The final round was the South African Grand Prix, which took place on December 28 at East London. Clark (Lotus, left) would win again ahead of Dan Gurney (Brabham, right) and Graham Hill (BRM).