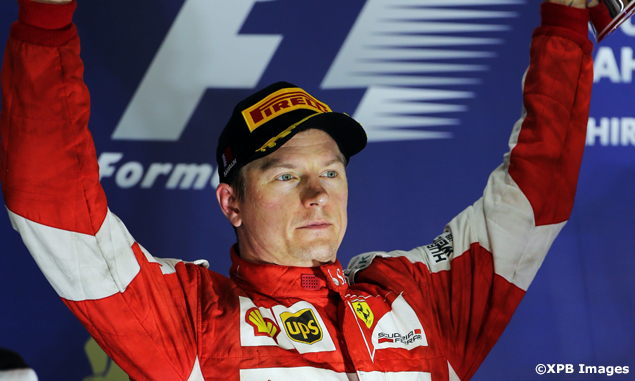 Although Kimi Raikkonen has been repeatedly hailing the “great atmosphere” at Ferrari this year, there’s no denying the Finn was under some sort of pressure after being outshone by new team-mate Sebastian Vettel. Maranello boss Maurizio Arrivabene even admitted that Raikkonen’s contract extension beyond 2015 will depend on the 2007 world champion’s performances. While Kimi fell slightly short again in qualifying at Sakhir, his stunning drive on Sunday reminded everybody, if needs be, that he remained the real deal.

It'd been a little while...