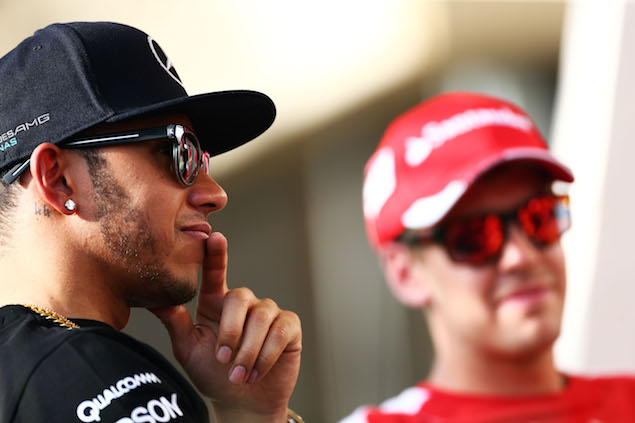 It is not often that rival drivers are interviewed at the same time. Here a tv broadcaster had persuaded Mercedes and Ferrari to have a head-to head interview for Lewis and Seb.

As title rivals it was a good opportunity to get a shot of the rivals face to face. Not much interaction between the two of them off track, and that is revealed in my image.

'Lewis really appears out of reach'