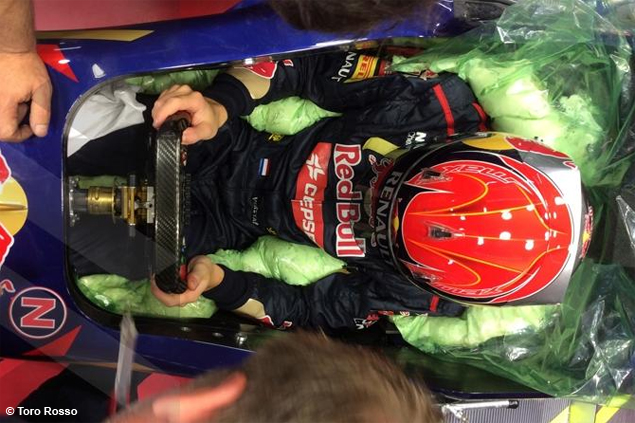 The comfort zone for a F1 driver is first and foremost the precisely tailored seat he intimately enjoys. It's not a luxury or a perk but an intricate element of his requirements and safety. With lateral acceleration forces of over 4g repeatedly exerted on drivers, a perfect seating position is absolutely crucial as even the slightest inadequacy or undesired pressure in the wrong place may lead to pain or cramps. And bear a very negative outcome on overall performance.

Each driver prefers their own shape and features when it comes to the carbon-fibre seat, while the process itself takes several hours and starts with a classic seat fitting. The driver, dressed in his overalls, sits in the car's tub, with the required steering wheel and pedal position, on top of a basic shell lined with a polythene bag filled either with a dual-component foam or polystyrene granules which are then vacuumised. Gradually, the mass then moulds itself to his body shape while minor adjustments to his position are made.

A few years ago, this would have formed the final seat but since then, 3D CAD software technology has taken over. The foam buck is electronically scanned, and engineers create a mathematical surface from which the definitive seat shall be manufactured as individual sheets of carbon-fibre are precisely layered before the element is cured in the autoclave.

The final stage involves cutting several rescue features which include six straps to assist lifting a driver out of his car while still in the seat, as well as a section to allow the fitting of the neck brace to hold a driver's neck and spine steady during removal from the cockpit. A layer of padding roughly one millimetre thick is also added, while the entire component weighs in at around 3 kg. 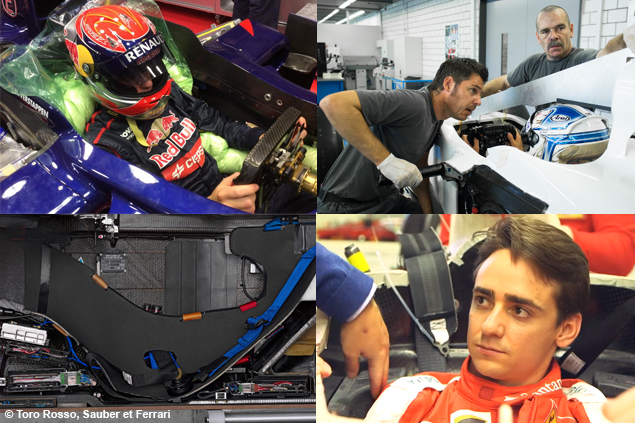 In general, most drivers progressively fine tune their position and comfort, as Max Verstappen explains: "I did a basic seat fitting at the factory just before the New Year, and then in early January we did some additional shaping and cutting just to get it absolutely right before the final scan and fabrication.”

But the search for the perfect seat is also an ongoing progress for Nico Rosberg who typically modifies his niche several times during the season: "There's a big difference between the motionless comfort you enjoy at the factory and the moving posture you have to deal with once you're on the race track. So I adjust things along the way, often adding padding in areas where it may be required, but it's always a compromise because padding adds weight and we obviously need a car which is as light as possible."

Since 2014, technical rules have dictated a slightly lower front end to the cars, and drivers' legs are now less elevated, which in turn has impacted a seat's shape. Drivers may be doing their job sitting down in a nice snug seat, but don't let that fool you: there's no lack of activity behind the wheel of an F1 car! 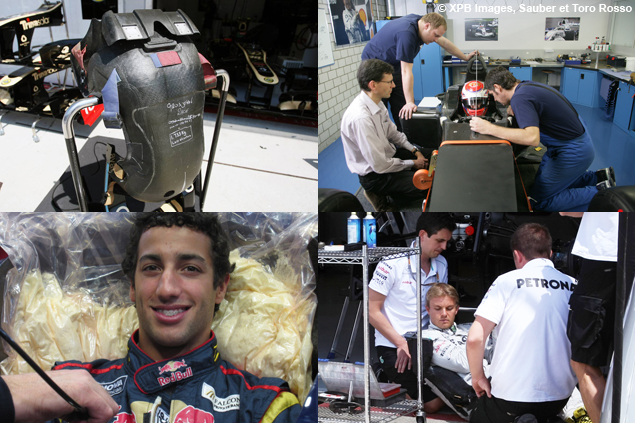