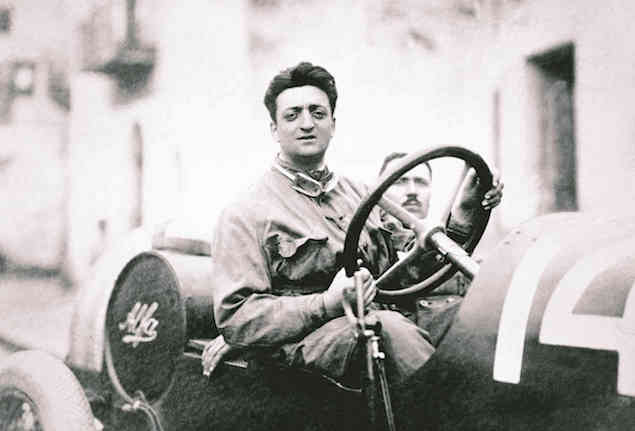 Anyone with an eye for detail noted something new stamped on the side of the Ferrari wheeled out at Jerez last week: the Alfa Romeo emblem. A rejuvenation of the iconic brand is currently in the works, and Fiat Chrysler Automobiles CEO Sergio Marchione hopes to piggyback on Ferrari's turnaround efforts to promote a name whose historic link with Grand Prix racing dates back to the pre-war era.

When it comes to long and established pedigrees, no Italian sports car manufacturer surpasses Alfa Romeo. From its humble origins in 1909, the Milanese marque - 'Anonima Lombardo Fabbrica Automobili' is its entire denomination - embraced the sporting spirit as dawned motorsport itself, producing powerful machines entered in such prestigious events as the Targa or Coppa Florio races. After the First World War the company was taken over by industrialist Nichola Romeo while a proper racing team was established to nurture the brand's racing ambitions. Comprised of Giuseppe Campari, Antonio Ascari, Ugo Sivocci and Enzo Ferrari and the pre-war 40-60 model, the squad scored Alfa's first outright victory in the 1920 Circuit of Mugello with Campari, later capping that success with a resounding 1-2-3 finish in the 1921 Targo Florio. 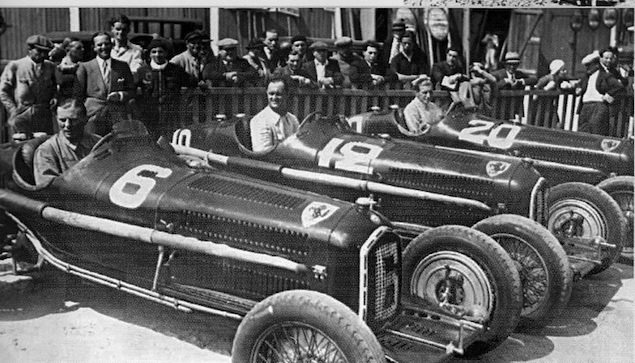 Enzo Ferrari wisely cut short his career as a driver and progressively moved into the role of racing manager. His first decision was to convince Vittorio Jano, the designer of the successful GP Fiats, to join Alfa Romeo. In 1924, the Italian engineer produced the 2-liter straight-eight supercharged P2 which won its first race at Cremona driven by Ascari and its first GP victory at Lyon driven by Campari. Huge success ensued at the Italian GP where the team scored an epic 1-2-3-4 triumph, even persuading Fiat to retire from Grand Prix racing to avoid further embarrassment. Alfa Romeo continued its insolent domination with the P2 the following year but tragically lost Ascari in a fatal accident when his car overturned in a ditch at Montlhéry. Although the team was disbanded, the famous P2 continued to compete under Ferrari's very capable guidance right up to 1930, winning several road races and recording a final victory in the 1930 Targa Florio.

In 1932, engineer Jano produced a worthy successor to the P2, the Alfa Romeo Tipo B (P3) Monoposto which was the first genuine single-seat Grand Prix car. Encouraged by Benito Mussolini's nationalistic regime and his frequent 'Race and win for Italy' orders, master drivers Tazio Nuvolari, Rudolf Caracciola, Giuseppe Campari, Louis Chiron and Luigi Fagioli swept all opposition before them, winning thirteen GP events during the 1932 and 1933 seasons. Slowly but surely however, German might was ramping up and taking effect, represented by Mercedes and Auto-Union, and helped by Hitler's massive state backing. 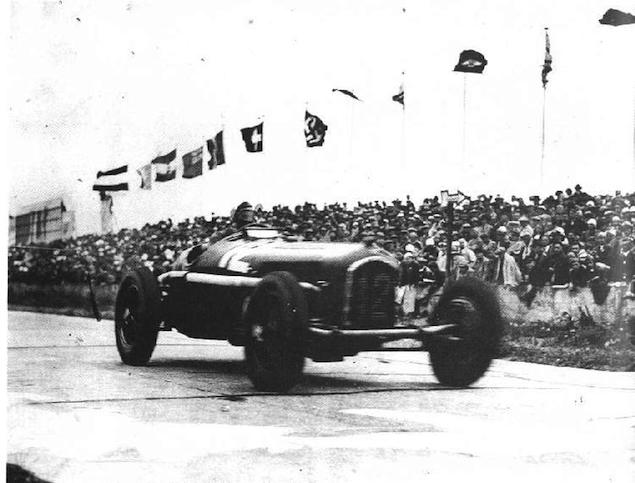 The Alfa P3, now with an engine capacity augmented to 2.9 liters, garnered a few more wins in 1934, notably at the Avus-Rennen and at Monaco in the capable hands of Scuderia Ferrari's rising star, French-Algerian driver Guy Moll. Alas, the young talent's career was cut short at only 24 years-old on a wet and windy Pescara circuit for the Coppa Acerbo, when he lost control of his Alfa while attempting to pass another car and crashed heavily into a bridge. Enzo Ferrari ranked Moll one of the best drivers he had ever seen, and believed he might have become one of the best ever.

Alfa Romeo's Grand Prix ambitions progressively faded as its German rivals rose to prominence. But in 1935 the manufacturer still managed to achieve its most resounding victory when the great Nuvolari defeated his powerful German rivals on home soil and in front of dozens of Nazi officials in what is still considered one of the greatest motorsport triumphs of all time. The win enshrined driver and machine in the Pantheon of Grand Prix racing and offered a fitting close to Alfa Romeo's pre-war racing history.

Enzo Ferrari acrimoniously split with the manufacturer just before the onset of World War II but would resume later on his own ambitions and extraordinary rise to stardom. Today, in an interesting reverse twist of legendary history, it is the Alfa Romeo insignia which we find on the side of a the Prancing Horse's contender.