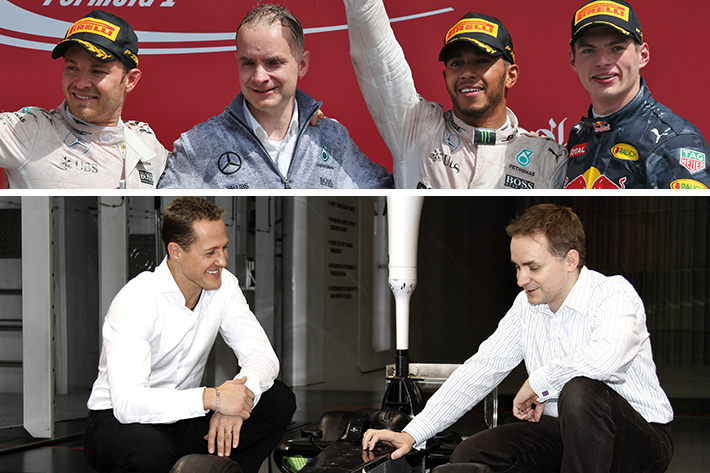 John Owen is a discreet but essential figure in the Mercedes hierarchy. And for that reason he was one of the engineers chosen to receive the 2015 car of the year award from Autosport for the W06. Despite the arrival of Costa and Willis, Owen has retained his role as chief designer, a job he’s held since 2010.

Like Mike Elliot, he earned his degree in aerodynamics from London’s Imperial College, where in 2000 he defended a thesis on the "passive control of vortex suppression in the wake of non-profiled bodies". After nine months with Reynard, Willem Toet hired him in 2001 to run the Sauber aero department and state of the art Hinwill wind-tunnel.

He joined the Honda factory team in 2007 as an aerodynamicist. He was part of the Brawn adventure in 2009, and has had the honour to accept the constructor’s trophy on the 2014 and 2016 British GP podium.