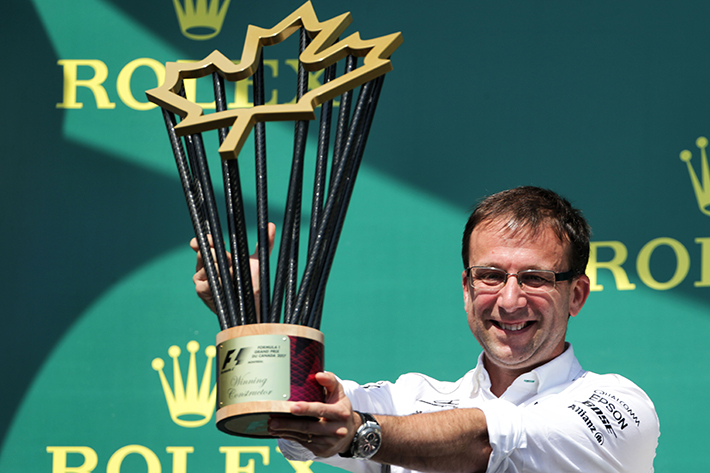 Loïc Serra joined Lewis Hamilton and Valtteri Bottas on the podium in Canada. Born in Ivory Coast, the 45 year old engineer has run the Mercedes vehicle dynamics department since 2013.

A graduate from the ‘’École Nationale d’Arts et Métiers de Paris’’, Serra began his career at Michelin (like his counterpart at Red Bull, Pierre Waché), where he was in charge of tyre-chassis interactions for a decade. In October, 2006 he joined BMW Sauber as head of vehicle performance. Three years later he was promoted to chief dynamic engineer. Ross Brawn was convinced. Sera was brought in four years ago to reinforce the Brackley design office.

McLaren approached him last year but Toto Wolff and Paddy Lowe convinced him to stay.