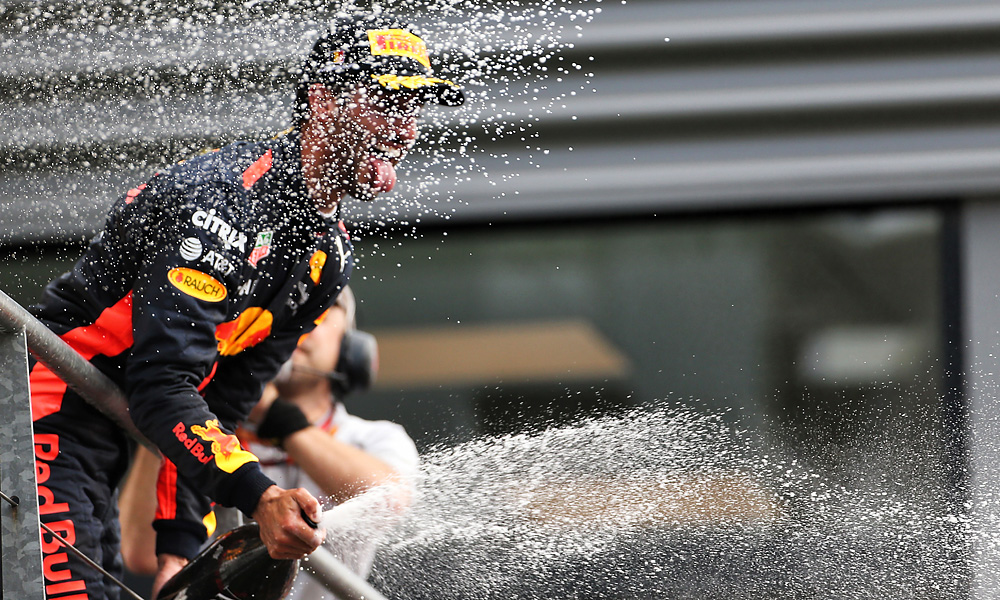 Daniel Ricciardo
"It's always nice to get a podium for sure. Especially after yesterday when you're on the tail-end of that Top 6, then all you think of is moving forward, so I honestly believed we could be better than sixth today. Max had a problem and then Kimi made his mistake with the yellow flag so we gained a few positions but I think after the first stint our pace improved a lot. We showed a more respectable pace today and then we had an opportunity under the safety car with the re-start and took the most of that, so I'm really happy with the result. I definitely feel for Max. He's had a pretty up and down season and most of the time it was out of his control so of course that's frustrating especially for this to happen at his home race."

Max Verstappen
"I am extremely disappointed not just because of my retirement but for the fans also. They pay a lot of money to come and watch the race, I then retire after only eight laps so it must be frustrating for them. We have had a good weekend up until today, we have worked really hard and qualifying went very well so I was optimistic for the race. Out of the last corner I shifted from third to fourth and straight away lost power, it went into some sort of safe mode. It has been a very tough year so far and we need to get on top of these problems which we will discuss as a team again. Obviously I am not a happy person so I'm looking forward to getting home. I will go away and regroup and come back with a positive attitude next week."

Christian Horner, team principal
"A fantastic piece of opportunistic driving by Daniel secured a great podium for the team today with third place. We felt we ran the correct strategy going into the race, as soon as it went to the safety car and it all bunched up we knew Daniel would get one shot at the restart against Bottas and he made it work. He then fended off Kimi to the end securing P3; fully deserved after he drove a phenomenal race today. Unfortunately it has been an enormously frustrating day for Max. Once again he was in a great position and through no fault of his own he has suffered another engine failure. Our engine partners have apologized and are quite aware that their reliability and product isn't where it should be, while Alain Prost has personally apologized to Max. With that we as a team offer our apology to the mass of Dutch fans who came out to support Max at his home race.

"Max is a fantastic talent, driving at a phenomenally high level at present, and he's got great drive and determination and he'll come through this period and this season a stronger driver. I've no doubt he'll be determined to deliver his best again in Monza, despite the engine penalties we will take there, and the disappointment he feels right now, and that's the measure of the man he is."