Catch up with what the teams had to say following the 12th race of the 2017 season, the Belgian Grand Prix at Spa-Francorchamps. 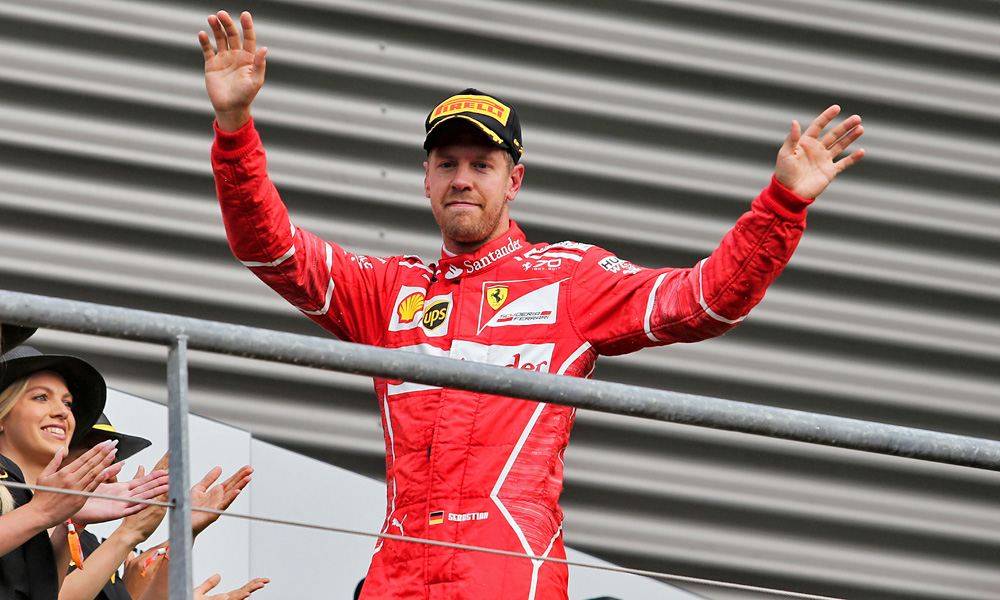 Sebastian Vettel
"If we had ended up ahead in qualifying, then we would have had a good pace to stay in front today! I was surprised how close I could follow through the whole race. So I am a bit angry at myself, because, when the race restarted after the safety car, I was probably too close to Lewis out of Turn 1. I tried to open the gap down Eau Rouge but it's a difficult compromise. You see the cars coming behind and you know that you need to defend, instead of focusing on attacking. At the same time I know that down the straights we are not as quick as Mercedes. So, I am not entirely happy, but after all it's been a great weekend for the team. We don't need to be afraid of any circuit, I believe we have the best car in terms of package. There's still something missing but the guys in Maranello are very motivated. I think we have done the biggest improvement and a big step forward. Now we turn the page on and move on to Monza: let's see what happens there."

Kimi Raikkonen
"Overall, we have been quite competitive this weekend. In the race the car was good on the Soft compound, while with the Ultrasofts,after some laps,I was struggling with the rear; the first laps were ok but then I was sliding around. When I saw the yellow flags I was on the straight, on the right side and I'm sure I did not go any faster than on any other lap. The penalty was not ideal, but luckily there was a Safety Car and we could recover something. I overtook Bottas and then I tried to get close to Ricciardo, but we did not have enough speed to overtake him as he was surprisingly good in race conditions, with good speed in the right places. I guess the result of today could have been worse, but for sure I was looking for more. We have to take the good things, we learned from this race and we'll try to do better next weekend."

Maurizio Arrivabene, Team Principal
"Going into this race, on paper at least, it didn't seem like one that would suit us particularly well. Despite that, we proved able to fight for the win right down to the final lap. Seb drove a great race and at the restart after the Safety Car, it really came very close. It's a shame Kimi had to take a penalty, which cost him almost half a minute, but he managed to recover with a nice passing move at the restart. The SF70H proved to be very competitive and the team, both at the track and in Maranello, worked with concentration and determination. However, we still need to improve. The next GP will be in Monza where we will be meeting up with all our fans."