Following a thorough overhaul last year - marked by increased downforce and mechanical grip - Formula 1’s technical regulations are this year dominated by the introduction of the 'Halo' cockpit safety device. But other changes have been made as well for the upcoming season.

Last year, the aero engineers installed a dorsal fin on the engine cover, similar to an element used from 2008 - 2010, to minimize the turbulence created from the meeting of the air flows circulating on either side of the engine airbox. This "shark-fin wing" creates an air flow on each side, then "straightens" the two flows to produce a more laminar flow at the end of the fin. The cleaner and higher quality airflow resulted in increased downforce from the rear wing. 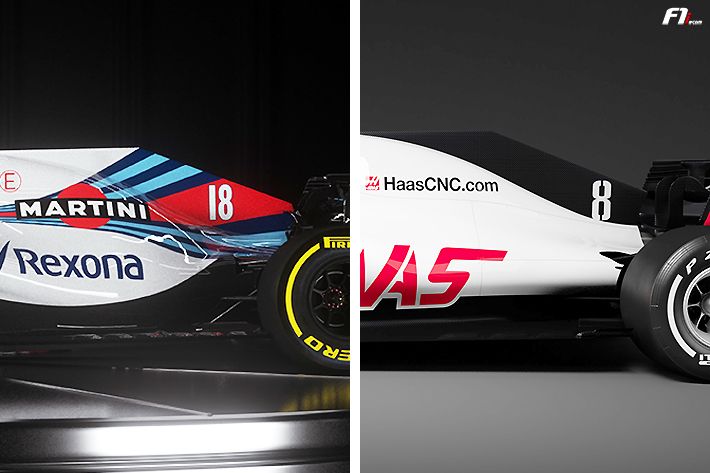 The new article 3.5.1 of the technical rules doesn’t prohibit this shark fin, but significantly reduces surface area. The element must now be sloped downward. Its crest must follow an oblique line and no longer a horizontal one. Its disappearance, decided only in November has forced the teams to redesign their rear wing.

Rumour has it that McLaren blocked the retaining of the 'shark-fin' less for commercial reasons (to improve the visibility of the rear wing…even though the lost surface provided an ideal sponsorship space) and more so because it wanted to hinder Red Bull, which was preparing a very special rear wing, according to informed sources.

Practically, as the 2018 designs to date indicate, this year's fins are expected to resemble the design Sauber began testing at last year’s US Grand Prix. The Swiss team also ran with a 2018 configuration at the Abu Dhabi tests with a reduced fin, no 'T-wing' on the engine cover (see next page) and a profiled Halo.

Lowe sees a battle of the bargeboards looming