Catch up with what the teams had to say following the 11th race of the 2018 season, the German Grand Prix at the Hockenheimring. 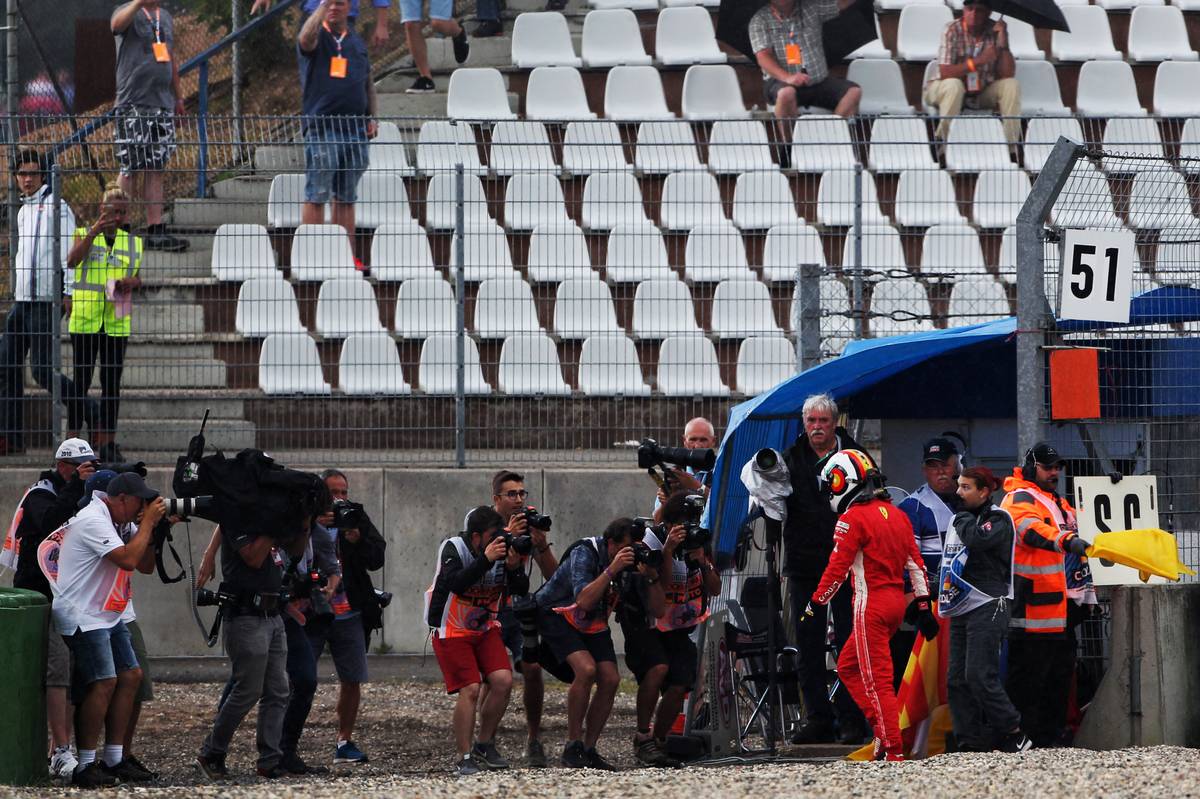 Sebastian Vettel
"There’s not much to say: I made a small mistake which had a huge impact on the result. I braked just a tiny bit too late for the corner, locked the front tyres and then the rear ones, so that I couldn’t turn the car anymore. I think I had managed everything right before that. We had the pace and we had been in control of the race up to that point. It was my mistake, so I am disappointed, but I don’t think we still have to show what we can do. We’ve shown everywhere that we are competitive, so I am looking forward to Hungary next weekend."

Kimi Raikkonen
"It was pretty difficult out there today. Surprisingly, in some corners there was decent grip and in some others there was none at all; we could feel the rain especially in Turns 2 and 6. It was hard to tell when to slow down and where the grip was. Obviously, you had to make your decision before the braking zone, knowing that if it happens to be wetter than you expected, there’s not much you can do. It was not easy but we tried to make the best calls and I think we got it right. The most tricky moments were before the safety car came in; it felt like it was raining a lot, somehow we had some decent grip and suddenly quite bad grip. At one point I had a moment with some back-markers and unfortunately I lost second place. In many ways it could have been better today, but this is what we got. I think that we made the most of it, considering the situation."

Maurizio Arrivabene, Team Principal
"In what was a particularly fraught weekend for the team, it would have been important for us to bring home the win and our car had shown it was up to the job. Unfortunately, things did not go as planned. Kimi drove a great race to make it to the podium. We now head off immediately for Hungary, determined to give it our best shot, just prior to the summer break."

Tech F1i - A clean floor for Ferrari at Silverstone