F1i technical expert Nicolas Carpentiers carries on analysing the new 2016 Formula One cars. Next on his list is the Red Bull RB12 where once again the origins of most its novelties can be traced to the competition. 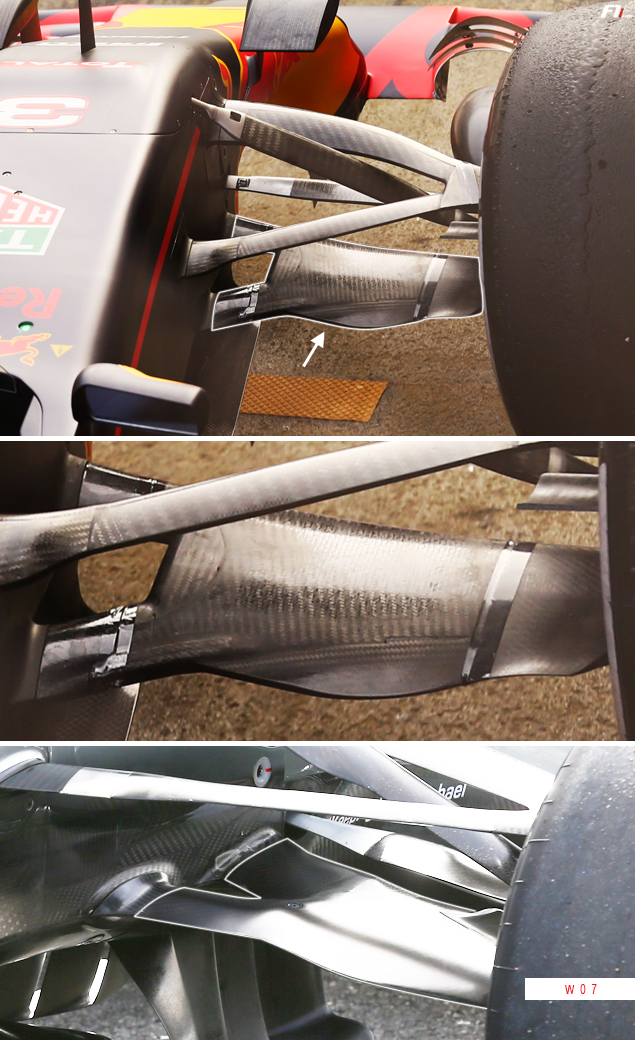 The more stable the F1 technical regulations are, the harder it is for teams to innovate and find any new solution that will give them an edge over their rivals. But in a sport where not moving forward quickly amounts to going backward, they still have to try to come up with fresh ideas and concepts even as the current set of rules enters its third year.

While the new Red Bull RB12 naturally draws inspiration from its predecessor, the front suspension design evidently breaks away from last year’s layout and has been given much thought and attention by engineers at Milton Keynes.

“We have adopted a philosophy with the car of trying to design everything front to back,” said head of aerodynamics Dan Fallows. “I can look around the car and see evidence of that working everywhere.”

The lower wishbone used to form a ‘V’, it now has a conjoined Y-shaped layout: both suspension arms are merged close to the wheel and only split near the chassis. Granted, the concept was initially devised by Mercedes on its 2014-spec W05 before Ferrari and Force India copied it.

But Red Bull has come up with an even more radical version of its own. The wishbone already was quite long but it has been further elongated with a carbon extension and works like a genuine wing. Besides creating aerodynamic load, its function also is to act on the Y250 vortex in conjunction with the turning vanes.