Eric Silbermann is worried about what the Halo could do to the appeal of Grand Prix racing. He also remembers an old friend.

I’m glad the hysteria of winter testing is over. For race starved F1 folk, be they team people, journalists or fans, those eight days of testing are akin to knocking back six dry martinis when you’ve been on the wagon since Abu Dhabi in November. The excitement of it all is just too much and as you’d expect after six dry martinis, a great deal of what was said, broadcast and written was piffle.

There was no shortage of coal to throw on the red hot brazier of news and gossip and if we had thought the new qualifying idea was a fading ember by the time we got to T2, the World Motor Sport Council huffed and puffed on it and brought it flickering back to life. But wait, because before we’d heard every single last F1 person’s view on the topic, we immediately had to deal with the Halo.

‘Halo’; a strange name for a safety device, when the dictionary definition is “a luminous ring of light surrounding the head or bodies of sacred figures, such as saints.” The dictionary goes on to add the two words “in paintings” at the end of that definition but I’m assuming you’re all clever enough to know it’s not something real. Much as I admire F1 drivers I think “sacred figures” is going a bit too far, nor is the actual device itself, as modelled so fetchingly on the Ferrari, ring-shaped. 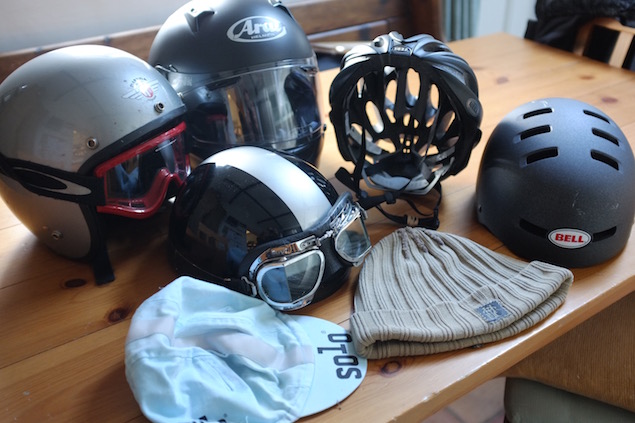 I have to say the Halo worries me, not structurally or visually but morally and ethically. I do take an interest in head protection as you can see from the photo of my own personal collection of bone domes. Clearly, that full-face number is the most protective, but it’s not going to be much good on a bicycle and even on a motorbike, I sometime choose to wear the pudding-basin lid which would be about as much use in a crash as tying an egg-box, either empty or full it matters not, to the top of my head. As for the cycling helmets, I hardly ever wear them, preferring the fetching blue cap for summer and the woolly number for winter. Actually, the eagle-eyed among you may have noticed the bobble hat bears allegiance to Tottenham Hotspur FC and as followers of the Great Game will know, this means my hat performs brilliantly for most of my ride but tends to unravel in the closing stages before completely falling apart when in sight of home.

In truth, my collection proves there are times when it’s logical to try and nudge the odds of survival a little bit in your favour. Therefore the difficulty I have with the Halo is that its aim is to make something intrinsically dangerous, safer. Arguing against that makes me a heartless bastard, I know, because, how will I feel if it’s not adopted and a driver I know well and like is killed by a loose wheel? Nor am I bothered by the aesthetics of the thing, because apart from anything else, I’m not sure the modern Grand Prix car is a thing of beauty. I don’t care if it looks like part of a flip-flop, a G-string or a wishbone off a giant chicken. But at some point, making the sport ever safer starts to detract from its appeal and I’m quite aware that this argument was put forward when seat-belts were made mandatory in 1972. 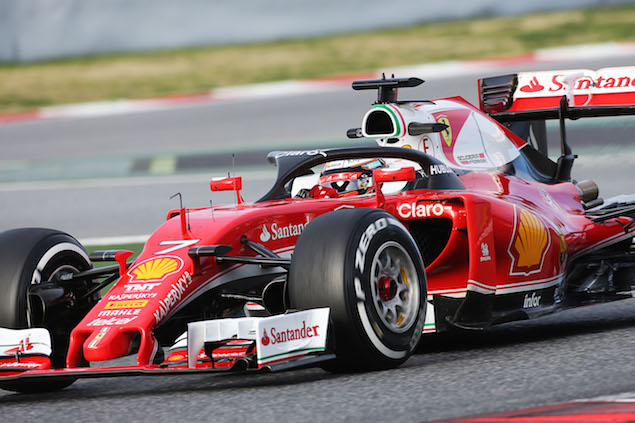 Grand Prix racing is meant to involve a mix of skill and courage and I worry that we’re losing some of the latter part of that equation, not that you’d ever get me to sit in a modern F1 car! It’s fantastic that the sport is as safe as it is today and fair play to all the people who made that happen, but how far do you want to go? Twenty years separated Jules Bianchi’s Suzuka crash from events at Imola in 1994 and prior to the San Marino GP there hadn’t been a fatality in a Formula 1 race for 12 years. But that May weekend in Italy, which claimed the lives of Roland Ratzenberger and Ayrton Senna and featured other truly terrifying crashes, was carnage and something needed to be done, whereas poor Jules was plain unlucky and his death was the result of an accident in the truest sense of the word.

If we go the Halo route, which I’m sure we will, it will make drivers’ helmets harder to recognise, but when the full-face helmet first arrived, we complained we couldn’t see the drivers properly. However, once there’s another incident like the one in Hungary when Felipe Massa was hit by a spring off another car, the halo, which is unlikely to be effective in that scenario, will turn into some form of enclosed cockpit. Then of course comes the argument that we mustn’t simply protect the gods of the sport in Formula 1 and the technology will be applied to GP2, GP3 and so forth and that will be end of open-cockpit racing cars. 900 words on why I don’t like the idea and it only takes seven to destroy my argument, those words being, “but if it saves a single life...” 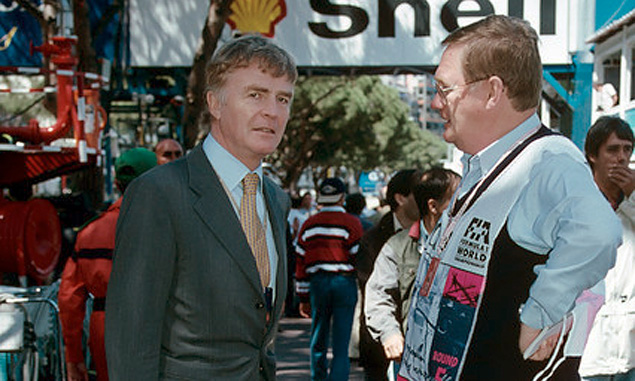 One thing I can no longer do about this interesting dilemma is ask Alan Henry for his opinion. You will no doubt have read several tributes to this great F1 writer, but I want to put in my two pennyworth. I first worked with him in 1988, when I was Honda F1 press officer. F1 life was rather more leisurely back then and lunch in the Honda motorhome would usually involve a bottle of red between the two of us on a daily basis. Occasionally, we’d invite Keke Rosberg to join us: I couldn’t believe my luck; second year in F1 and I’m lunching with a colourful world champion and one of the doyennes of motor sport journalism. “Big Al” or “AH” as he was universally known, had an incredible memory and was a great source of stories and wisdom. Although an old-school journalist, he was just as comfortable in the modern age of the internet where speed is everything, because he could rattle off an entire book in the time it took me to write my intro to a story.

One Friday in Spa, I had the run of the Honda bus and I invited Alan and a few journalists in to watch practice while drinking Aquavit and eating pickled herrings – don’t ask, there’s not enough space. Having failed to qualify the Andrea Moda car, we were joined by British driver Perry McCarthy. Watching one of the stars tackle Eau Rouge, Perry was gracing us with his driver’s view of things: “If I was taking Eau Rouge like that…” but before he could finish, AH interrupted: “Perry old chap, if you took Eau Rouge like that in that car of yours, you’d be leaving here in a body bag.” We all laughed, but the point is that even if his F1 career was a bit of a joke, we all had massive respect for Perry for even trying to qualify a s**t-box like the Andrea Moda, as it seemed so horrifyingly dangerous. I’m worried the Halo will not only hide more of the drivers, it will also hide more of the danger that is central to the appeal of all forms of motor sport.

Max Verstappen: The man in demand