Few expected to see the Mercedes team’s dominance crumble in 2022, much less the Brackley squad itself. Here’s our review of F1’s third best-placed team of the year and of its drivers, George Russell and Lewis Hamilton. 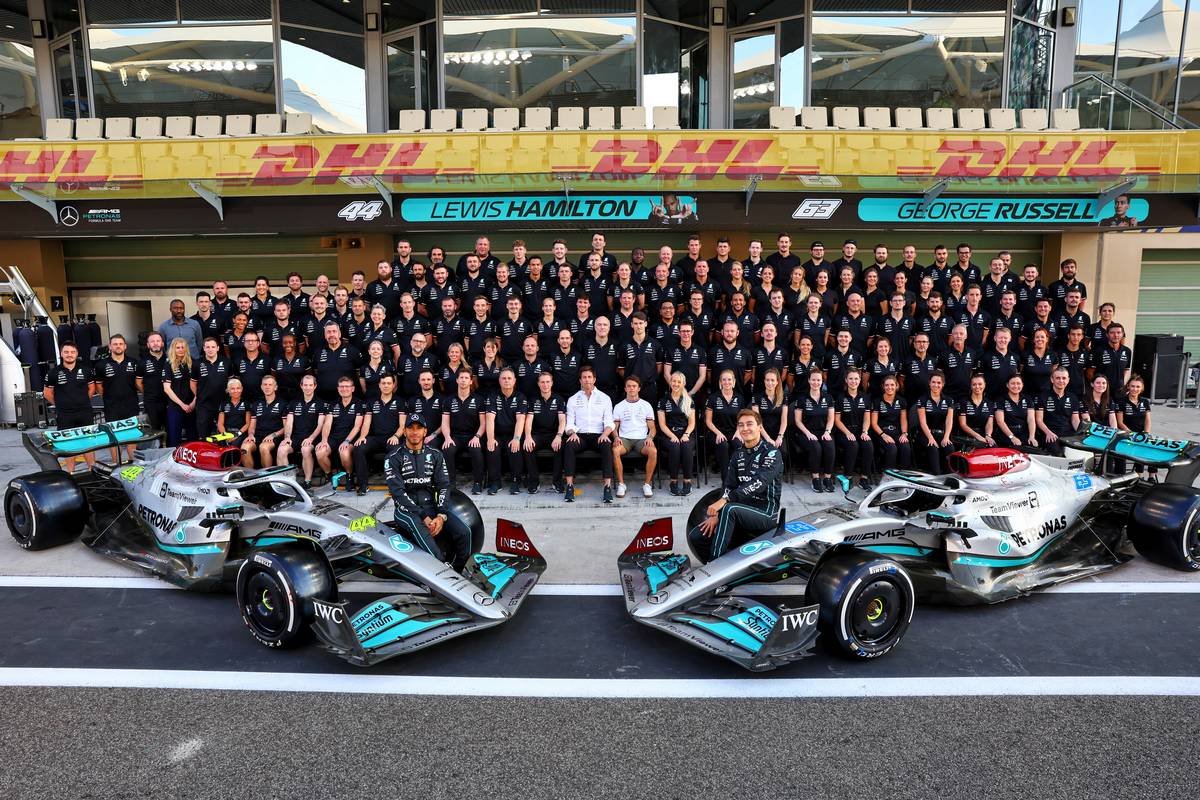 There's no easy way of saying it: Mercedes completely messed up in 2022. To go straight from their previous dominance of the spot to this year's sorry state of affairs is inexcusable. Even in 2021, when Lewis Hamilton was narrowly beaten to the driver's title by Max Verstappen, the team itself won its eighth consecutive constructors championship over Red Bull.

They were no where close to that sort of performance in 2022. The principle problem from the start was the phenomenon of 'porpoising', where the stiff W13 chassis was unable to maintain a consistent ride height over the bumpy surface of the circuit to maintain ground effect aerodynamics without the car popping up at random moments, affecting handling and top speed.

Even once that was addressed, the car suffered from high drag and wasn't able to match the pace - not just of their top rivals Red Bull and Ferrari, but even the faster mid-field teams like Alpine and McLaren. To the team's credit they kept working away and were rewarded with a single win in Brazil for George Russell, but overall this season proved to be a painful one to watch for fans of the Silver Arrows. 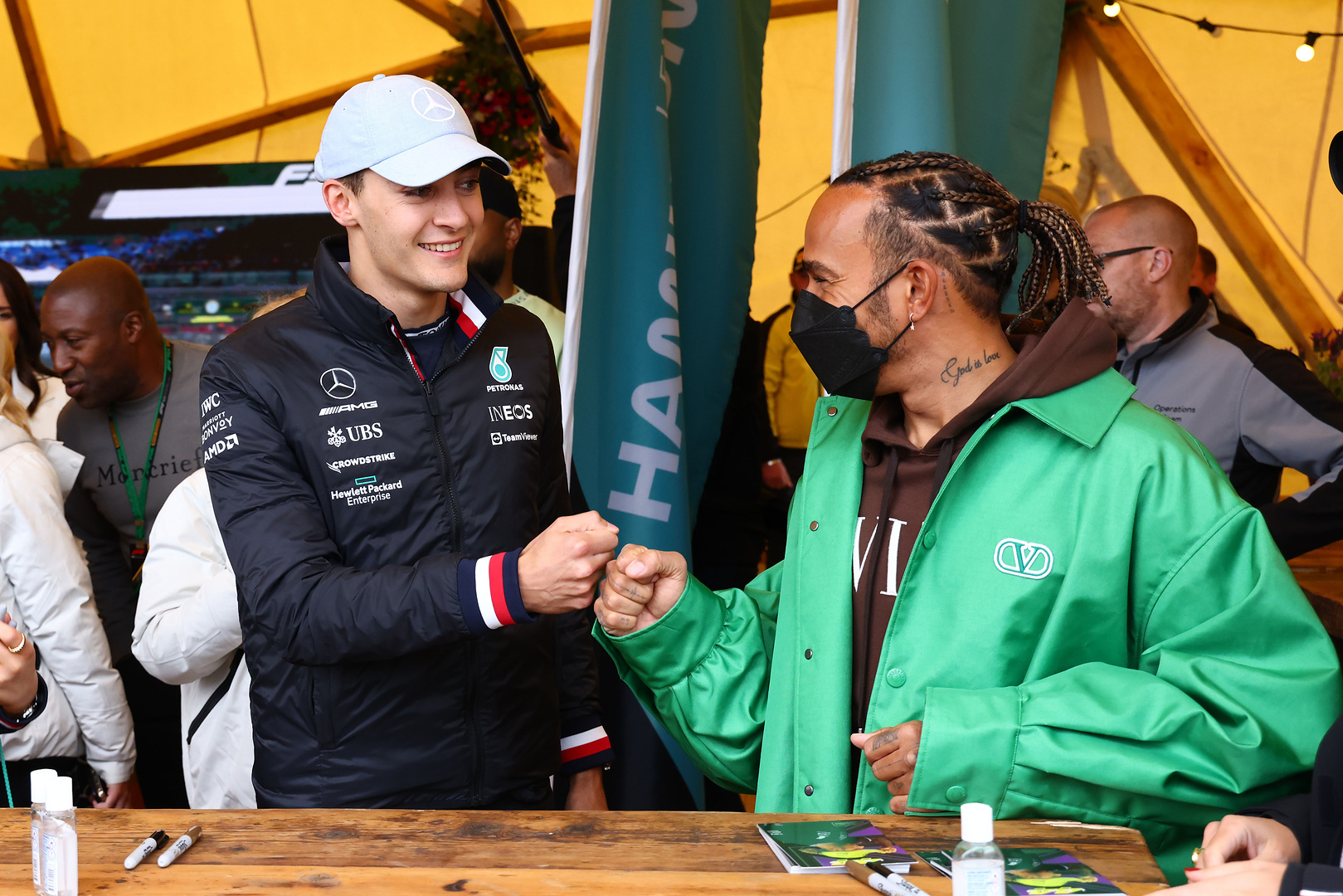 On the face of it the headline news is that seven-time world champion Lewis Hamilton was comprehensively beaten across the course of 2022 by his new team mate George Russell. That certainly seemed the case in the first half of the season, when Russell - far from taking time to settle in at his new team - ended up with an unbroken run of top five finishes that extended all the way up to but not including the British GP.

But it's not quite so simple. During those early races, Mercedes were relying heavily on Hamilton's experience to help tackle the underlying problems with the car. When he was later relieved of these duties (or shared them more equitably with Russell), Hamilton recovered the upper hand - although it has to be said not by a great deal. After a slight mid-season dip in Singapore and Japan, Russell had a strong finish to the year and along the way picked up the team's only pole (in Hungary) and win (in Brazil) to stay ahead of Hamilton in the final standings.

It's pretty close between the pair across the board: Hamilton beat Russell in 13 qualifying sessions to Russell's nine, but in race trim Russell finished ahead of Hamilton 12 times to the senior man's ten. Hamilton had nine podiums over the year to compare with Russell's eight, but his best showing was second place in France and Hungary, then then three in a row in the United States, Mexico and Brazil. Given the problems with the car, both men acquitted themselves well in 2022 by taking any opportunity presented to them by their rivals. 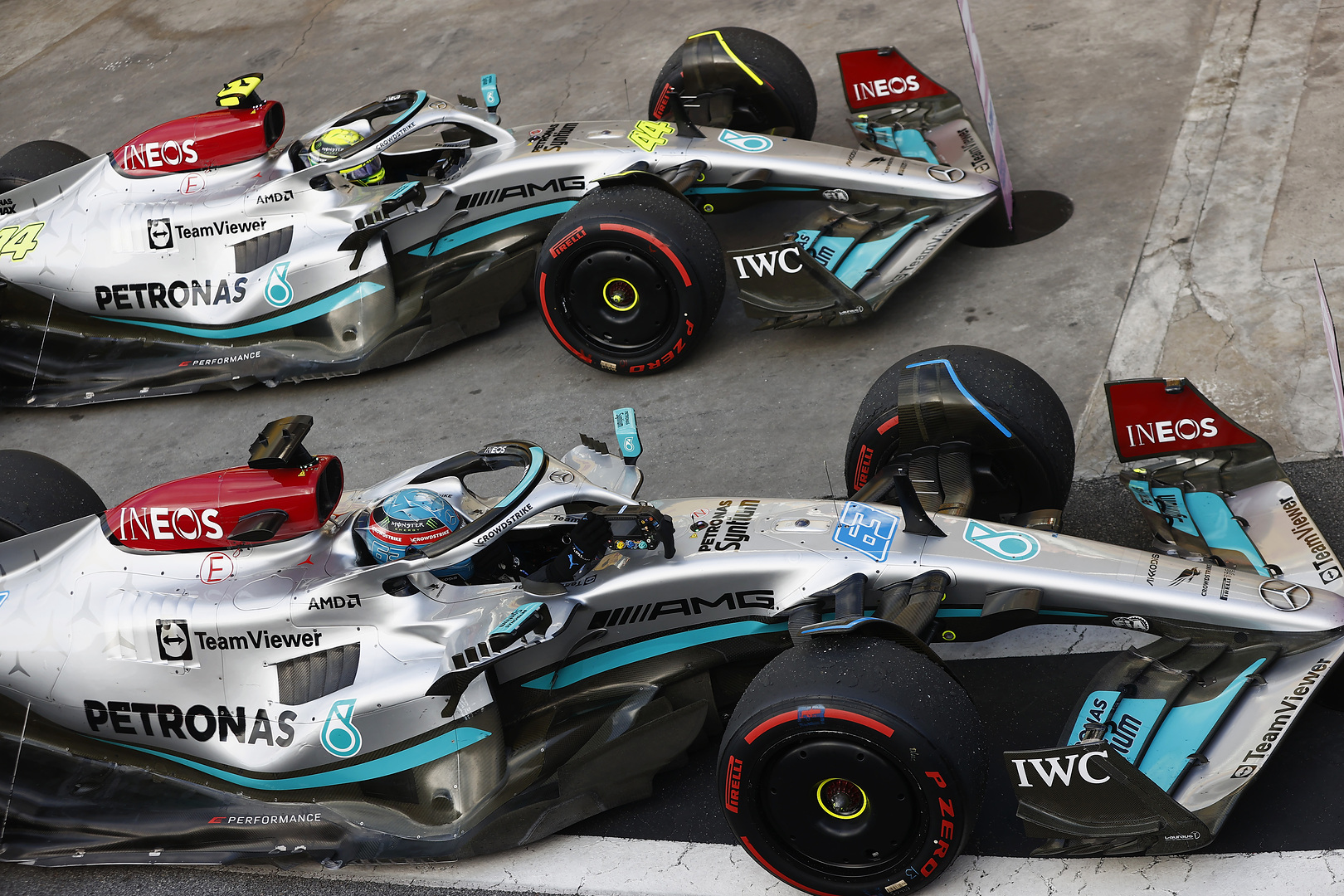 How 2023 is looking for Mercedes

Mercedes' sole win of the season in the penultimate Grand Prix of the year could be taken to suggest that the team is already bouncing back after its terrible season. But the lacklustre showing in Abu Dhabi suggests that they are far from being out of the woods just yet.

What can they do over the off-season to get themselves on a consistent even footing with Red Bull and Ferrari? How will they tackle that stiff chassis? And will they have to abandon their revolutionary zero sidepod innovation? It almost feels like they will be starting from scratch in 2023, putting themselves a full year behind their rivals on the development curve.

Such is the current strength of the Red Bull package, it doesn't look like Mercedes are going to be competing for the title in 2023. They probably have a reasonable shot at the runners-up spot, depending on how well (or not) Ferrari rebound from a disappointing second half to 2022 and with a new man at the helm. Perhaps the most enticing prospect is the fight between the Mercedes team mates: will Hamilton reclaim his spot as top dog at Brackley, or has Russell truly come of age? 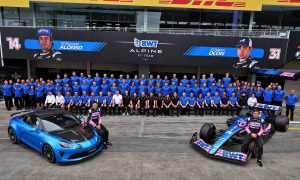