You can run but you can’t hide: Eric Silbermann tracks down interesting people and forces them to have breakfast with him

Marc Surer - F1 driver, rally driver, show jumper and outspoken commentator for Germany’s SKY F1 TV coverage and a man who has had more broken legs than the rest of us have…legs! 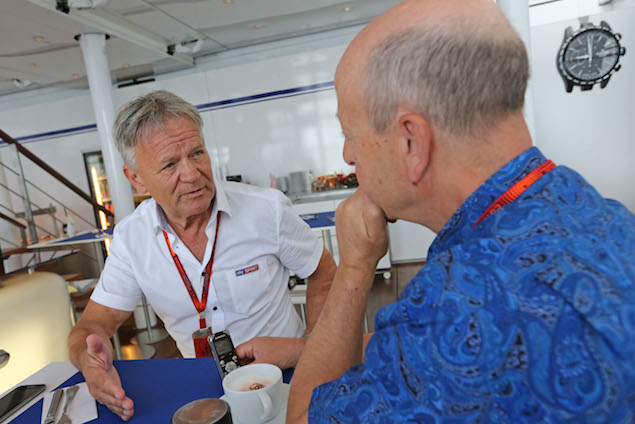 At the time, we had only one circuit, in Berne and it included open roads, so the authorities said that this could happen any time here so they stopped it, followed by the stupid decision to ban it all.

That happened in the year you were born. So how does anyone in Switzerland become a racing driver? You started as a go-kart mechanic.

That’s right. I loved to drive and was fascinated by racing cars and I was preparing a kart for a friend. I was allowed to run-in the engines and test it. One time he took the stopwatch and said “f***ing hell, you are faster than me! You race the next race.” My parents would not support motorsport so I started very late. I used to watch it on television and the heroes were Jim Clark and then here in Switzerland, Jo Siffert, we admired Jo. Actually, the very weekend he died (at Brands Hatch on 24/10/1971) I took part in my first karting race. It was such a shock, our world broke down as he was such a hero for us. 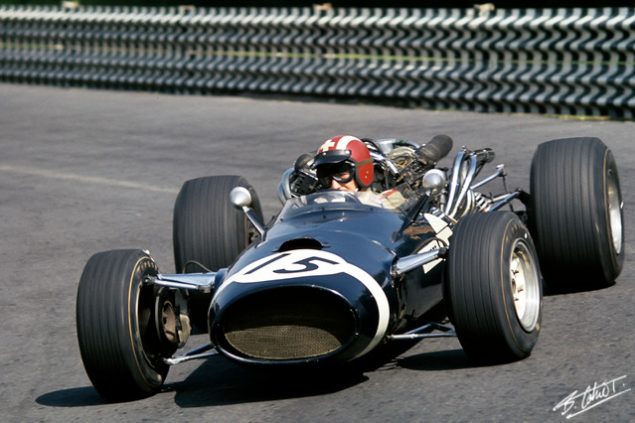 Strange that you started as his life ended and then you moved into Formula Vee.

I met a German guy at the Jim Russell school in Austria where I went at the end of the year, having saved some money. I had won the karting championship and wanted to see if I was good in a racing car. He was a furniture dealer and he had won a prize of a session at the school. I was the best on the course and I even beat all the instructors over a slalom course. The furniture guy asked me what I was going to do and I said I didn’t know as I didn't have much money. Over the winter, he called me: “I’ve bought a Formula Vee for you. I was buying a Porsche for myself and in the showroom was a Formula Vee car, but you will have to prepare it yourself.”

By the time you came to Formula 3, you were already 25. That was quite old, even in those days.

I was maybe two years later than the average as I had no support from my parents.

It was here that your long relationship with BMW started.

I had a BMW engine already in Formula 3, I finished second in the championship, the youngest driver in the fight and they chose me for their Junior team. 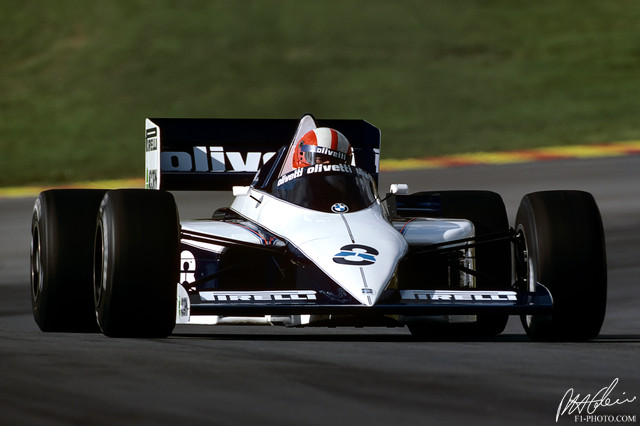 I get the impression your F2 time was almost more professional than your time in F1, where you drove for some pretty odd outfits, even if in the end, Arrows was a proper team, as was Brabham, but ATS, with the eccentric Gunther Schmidt, there must be some stories!

When I first drove Formula 1 it was with Ensign and I can tell you that I was disappointed, because it was less professional than Formula 2. The March F2 team was professional, organised. I thought “is this Formula 1? What the hell?” Of course you have to accept the fact that before, I was at the front with the best team and now in Formula 1 I was at the back. As you say, these teams had unusual people backing them, Teddy Yip and Gunther Schmidt, emotional people, who do this but could stop anytime because they do it emotionally, not in a calculating way like March who were earning a living out of it.